Earlier in 2020 a large number of Elephant died in Northern Botswana and others in Western Zimbabwe – In this article the team at the Victoria Falls Wildlife Trust give us an update on the issues surrounding the deaths.

Between March and May of this year, Botswana experienced a highly publicized mortality of more than 300 elephants under seemingly mysterious circumstances. Then, in August and September, approximately 35 more elephants were found dead – this time in Zimbabwe but preliminary investigations suggest that different pathological factors were at play. Neither country has since experienced any more mortality. 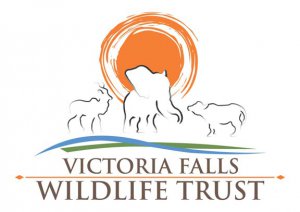 In both cases, malicious poisoning such as cyanide was unlikely because only elephants were impacted and the tusks were left intact. The Botswana Veterinary and Wildlife authorities asked Victoria Falls Wildlife Trust’s Wildlife Disease and Forensics Lab to analyse tissue samples from the Botswana elephants. At this time, the Botswana authorities have confirmed that cause of death for their elephants was a toxic algal bloom in seasonal water pans.

Jessica Dawson from the VFWT commented “We’ve sent some of our samples to labs in the United Kingdom, United States and South Africa for confirmation of our results. In the meantime, we are monitoring the area for new mortality by aircraft and a monitoring and management plan is in place with the Wildlife Authority. There have been no new cases in over a month.”

These deaths were alarming because it came on suddenly and because of the significant amount of elephants that died. Most importantly, the Botswana-Zimbabwe elephant population is the largest remaining population of savanna elephants in Africa so it is important that we understand what is happening.