17 Arrested for Rhino Poaching in Namibia

The self-proclaimed ‘prophet’ Jackson Babi and three other accused were arrested on 2 June in connection with an old rhino poaching case that occurred at Gobabis in May. Babi, Elias Nashivela, Onesmus Haufiku and Vaaruka Musuta were charged with the illegal hunting of a rhino. Babi already faces another court case in Windhoek of illegal possession of rhino horns and possession of a firearm and ammunition without a licence, while the other three accused were arrested at Otjiwarongo for possession of rhino horns.

In another case, six Namibians were arrested at Outjo for the poaching of a rhino.
Jan Haodom, Kamati Tchipito Mutenha, Thomas Eino and Josef Homateni were arrested on 3 June, while Michael Ntsambo Jonas was arrested on 5 June and Alfred Horaseb the following day.

One rhino horn and a vehicle were seized. They were all charged with contravening the Nature Conservation Ordinance, illegal hunting and conspiracy and inducing another person to commit an offence. 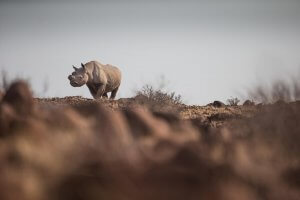 Tracking desert-adapted rhino with Save the Rhino Trust ©James Suter

At Sesfontein, two Namibians were arrested on 3 June in connection with a case of rhino poaching dating back to April. Murujani Hevita and Andani Heputi were charged with contravening the Nature Conservation Ordinance.
On the same day at Orupembe, Andani Hepute was arrested in connection with a case of illegal hunting of a rhino dating back to October 2015.

At Rundu, Romanus Ndumba was arrested on 4 June for being in possession of a crocodile skin and charged with contravening the Controlled and Wildlife Products and Trade Act.

In a separate matter at Omaruru, Albert Nangolo was arrested in connection with an old rhino poaching case dating back to February. He is charged with conspiring and inducing another person to commit an offence.

At Opuwo, two men were arrested on 7 June for being in possession of two elephant tusks. Rikengenena Kurooro and Kariejeja Tjavara were charged with contravening the Nature Conservation Ordinance and the Controlled Wildlife Products Act.
At Katima Mulilo, Obert Sakutuka was arrested in possession of one pangolin skin on 7 June.

With thanks to the Namibian Sun for the original article.
Ellanie Smit, 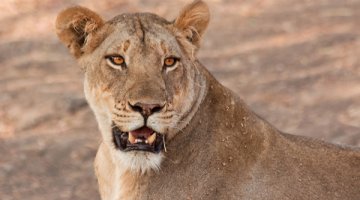