“I am confident that Heather and Amy’s expertise will prove invaluable to the future of Ilala Lodge Hotel, and I look forward to working alongside them, as we continue to deliver an outstanding guest experience,” added Brown.

Heather has served as Deputy General Manager at Ilala Lodge Hotel since 1 July 2015. She has gained over 14 years of experience in the hospitality industry from countries including the United Kingdom, Mozambique, Zambia and Zimbabwe.

During her tenure as Deputy General Manager, Heather played a key role in a number of substantial hotel developments. This included the expansion of the hotel’s Deluxe Wing, the addition of the luxurious Strathearn Suite, and the completion of a new poolside lounge and plunge pool.

Amy joined the Ilala Lodge Hotel team in 2018 as the Guest Relations Manager, bringing with her a wealth of hospitality experience from her studies at the Swiss Hotel Management School in Montreux, Switzerland and from international establishments in Thailand, Tanzania, Zambia and Zimbabwe.

Amy has made significant improvements to guest experiences at the hotel during her time as Guest Relations Manager, and successfully introduced a new environmental committee, called the Green Team. She has overseen the introduction of an effective Waste Management Plan and the introduction of a new water filtration system to reduce the need for single-use plastic bottles, by refilling and reusing glass bottles. 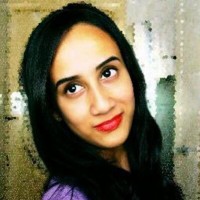 About the Author Sidney