VICTORIA FALLS residents and conservationists have called for the immediate closure of the Zambezi Rock Pool picnic site along the Zambezi River amid fears of poisoning of wildlife and pollution of the environment. 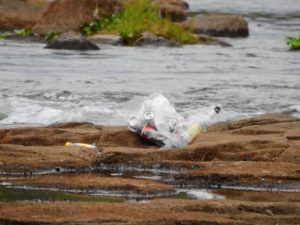 Conservationists have complained about a picnic site along the Zambezi river, which they say is leading to pollution.

In a heated meeting on Friday evening at Chinotimba Hall, residents felt the Zimbabwe Parks and Wildlife Management Authority was not doing enough to deal with litter and pollution.

“That place is an animal corridor and you are risking and promoting human-wildlife conflicts,” one conservationist said.

“Since the opening of that picnic site, each and everyday residents flock to that place, mainly youth, carrying plastic bags, beer bottles, cigarettes and plastic food containers among other environmental hazardous substances.

“They drink and smoke while swimming inside the river and that poses a threat to crocodiles, fish and hippos that habit there and those that live outside. My child last week went there without my knowledge and he was severely cut under his feet by a beer bottle while swimming, if that happens to human beings, what more to wildlife?”

“The place has no proper toilets, clean water nor safe lifeguard professionals. Those dangerous animals know no demarcation and very soon, they will attack one person or swallow plastic.

“The Environment Management Authority (EMA) hands stiff penalties to polluters, but one asks, what makes them fail to arrest Zimparks officials for promoting that. We have seen people that do illegal fishing in that river and all those activities are happening under your watch. We need to follow what other counties are doing like Botswana. Whose interest are you serving because that money will not go towards conservation nor develop the town?” Khesiwe Moyo queried.

Some feared the picnic spot was also going to fuel incidents of crime.

“Tourists enjoy walking down the Zambezi River but have you ever considered their safety? What if they get robbed? Who is going to be held accountable? You need to increase your security forces for the locals and our visitors,” a resident said.

However, in response, Zimparks officials and Hwange rural ward 19 councillor, Mathew Muleya said the picnic site was a fundraising initiative.

Botswana is toying with the idea of banning single use plastic items to arrest pollution and littering. 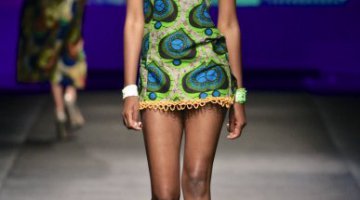