Zimbabwe in top three of best countries to visit

Here is a bit of fantastic news. Zimbabwe has been listed as the third top country in the world for travellers to visit in 2019 by Lonely Planet’s Best in Travel series.

Zimbabwe has already been experiencing a boom in tourism and this can only be fantastic news for tour operators.

Lonely Planet’s Best in Travel is the world’s largest travel guide book. Their report is based on nominations by editors, researchers, locals and influencers.

The pool of nominations is then whittled down into a top 10 list by a panel of judges, who are tasked with looking for places that are unique, compelling and timely. 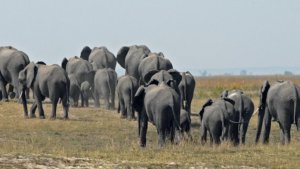 Besides the majestic Victoria Falls, Zimbabwe also boasts of the Big Five

“These are the places to experience in 2019. They might be coming into their own, celebrating a once-in-a-lifetime event or simply have been overlooked for too long — whatever the reason, now is the time to plan a trip.”

Lonely Planet’s destination editor, Joe Bindloss, conceded that Zimbabwe was facing economic problems and that could make it less attractive, but insisted “tourism is one of the few things that brings hard currency into the country – and this has the power to do good, enabling the nation to rebuild both society and its infrastructure.”

Sri Lanka was named as the top destination, with Germany second. Not bad company for Zimbabwe to keep.

Taking the number one spot in the best cities list is Copenhagen, Denmark, which editors call the “capital of cool” for being notably a design and gastronomic powerhouse. Shenzhen, China, and Novi Sad, Serbia, round out the top three.

Next post Update: Zambia Improves flow at the Victoria Falls 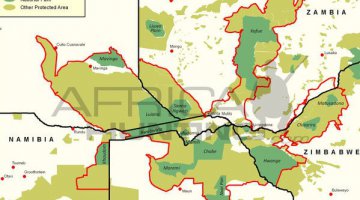