SHEARWATER Tour and Adventure is planning a massive and ambitious project to build a multi-faceted accommodation and game facility.

Initially, Shearwater had planned a $5 million investment with a capacity of accommodating more than 2,000 guests in Victoria Falls, but environmentalists have cautioned that this would be detrimental to wildlife and the environment.

The company has since scaled back and is instead now concentrating on chalets, with a hotel being considered for the future and in an area that would not affect wildlife.

The company’s spokesperson, Clement Mukwasi said construction of the lodge, game park, chalets and hotel among other facilities were in response to the government’s request for more accommodation facilities to cater for the increasing number of tourists in the resort town. 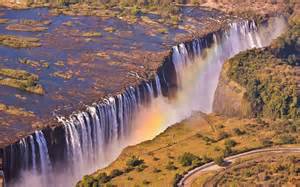 Shearwater wants to add 2,000 rooms for tourists in Victoria Falls

Mukwasi said all the paperwork and plans have been put in place and the multi-faceted accommodation and game facility will be located in the 3 000-hectare park, along the Victoria Falls International Airport Road under Chief Mvuthu.

“The Environmental Management Agency (EMA) has qualified us to start constructing. Our architects have started clearing the bordering land for to erect an electric fence,” he said.

“Our ultimate aim is to ensure that there is safety of game in the reserve and also to restock and monitor our wildlife and grazing lands while managing the carrying capacity as recommended by the international community. The land will be a one-stop model, where we will also have chalets and tents while game drives will also be conducted in the same land.”

Mukwasi said Shearwater group will meet with the Zimbabwe Parks and Wildlife Management Authority to seek clearance to have some wild animals kept at the land like elephants, buffalo, zebra and baboons among other species.

He said as part of its corporate social responsibility, Shearwater will work with and empower villagers under Chief Mvuthu’s jurisdiction.

“We are of the view that communities around that area (Monde, Lupinyu, Mvuthu, Chisuma and Ndlovu) will benefit through employment and fencing is partly by those rural villagers. After game drives tourists will be taken to those villages to understand and appreciate African tribes and cultures. Those cultural tours will be for free and villagers will be trained in handiwork,” Mukwasi said.

“We still have a long way to go, but what is critical is that plans on the ground have started and the community cooperation is there, the will to work with us.

The target is to finish building and restocking by 2021.

Next post Wines of South Africa comes to Vic Falls 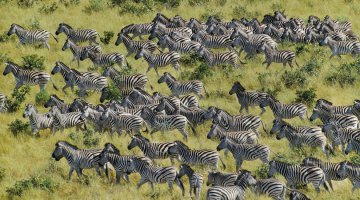