A new music festival, the Victoria Falls International Jazz Festival has been added to the annual calendar of events, the latest in a series of innovations to lure tourists to the resort town.

The festival  kicked off on Friday at Victoria Falls Hotel, where a jazz tribute dinner was hosted on Friday night for Zimbabwean jazz legends Dorothy Masuku, the late Green Jangano (Harare Mambos) and the late August Musarurwa (composer of the popular song Skokiaan, which was adapted worldwide by various artistes including Louis “Satchmo” Armstrong). 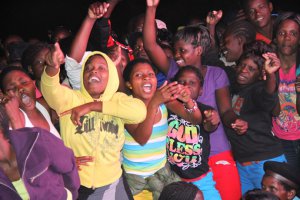 The festival will be held annually in October.

“Once it grows, it will attract huge numbers of tourists from different parts of the region, the country and the world, particularly jazz lovers. They will know that every October there is a jazz festival in Victoria Falls and honestly it will be an awesome product that will grow our industry and we look forward to its success.”

Permanent secretary in the Ministry of Youth, Sport, Arts and Recreation, Thokozile Chitepo who was the guest of honour at the launch, said music played an important role, as it brought people together.

“Music, as we have all witnessed in our lives, is a vehicle we use as we work, think, play, celebrate and even grieve. Music thus soothes, nourishes our souls and helps in fostering a sense of national and regional identity among people,” she said.

“Victoria Falls is Zimbabwe’s biggest tourism destinations. It is through such festivals that the nation is able to realise the much needed foreign currency.”

South African jazz music promoter, Peter Tladi who was also honoured at the launch, pledged to work with all interested artists to grow the festival so that it attracts many international travellers to Zimbabwe.

The jazz festival was initially mooted by Sam Mataure in 2005 with a vision is to develop musicians by giving them a platform to interact and test their musical ability, create a background for the lifelong appreciation of jazz music and grow the  genre, motivate achievement in jazz music and boost the economy, by attracting local and foreign tourists.

On Saturday and Sunday Klara Wojtkowska of Poland, Edgar Bere as well as Jazz Invitation and Friends entertained the crowd that gathered at Kingdom Hotel and Mama Africa restaurant.

International entertainment events have been growing in Victoria Falls, with the 2018 edition of the Victoria Falls marathon attracting more than 3,650 runners from 40 countries, sponsorship manager, Debbie Harrison said, a growth of about 35% from the previous year.

The Vic Falls Carnival is also a massive fete with loads of exciting activities and top artistes from across the continent taking to the stage.