Fasjet says it will continue its operations in Zimbabwe and accepts payments in various forms that are available in the country at a time when some airlines have suspended ticketing in the southern African nation.

Fastjet said it will continue receiving payments in real-time gross settlements (RTGS), US dollars and local and international credit cards “for flight bookings in support of the economy”.

“As an airline, we incur significant expenses abroad (spare parts, aircraft leases etc) and are actively engaging with the Reserve Bank of Zimbabwe to find a long-term solution that enables fastjet to export and apply its funds for further enhancement of its products and services,” the company said.

“The direct and catalytic impact of aviation on an economy such as Zimbabwe’s is critical. Fastjet will continue in its role as a significant contributor to the national community by efficiently moving people and goods, connecting Zimbabwe domestically and regionally. The airline is confident that Zimbabwe will continue its current positive trajectory.”

The airline, which has tightened its grip on the Zimbabwean market with flights to Harare, Victoria Falls and Bulawayo, was last year awarded the Skytrax World Airline Award as Best African Low-Cost Airline with Air Transport World naming fastjet Africa’s Best Value Airline in February this year. 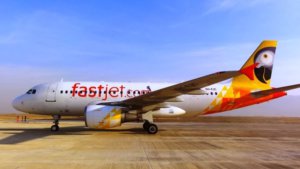 For the third year in a row, fastjet has been recognised as a leading low cost airline

The World Travel Awards are awarded based on votes by airline customers.

“It is very encouraging to be recognized by the people that matter the most to us, our customers,” fastjet chief executive officer, Nico Bezuidenhout beamed.

“It has been an exceptional journey until now, not without its ups and downs, but with an unwavering resolve by every member of the fastjet family to deliver the very best connectivity, on-time performance and value driven air travel to our customers.”

Fastjet, which prides itself with punctuality, ranks among the top African carriers with a 90% on-time aggregate.

This year, the airline launched daily flights between Harare and Bulawayo.

To improve passenger satisfaction, fastjet has introduced “first checked-bag” and on routes longer than 60 minutes, a light on-board snack.

“Listening to our customers and creating innovative solutions form part of our greater customer experience project, an ongoing process where we shape our business around its most important aspect, our customers,” Bezuidenhout said.

“It inspires us to do our best, and I appreciate every colleague at fastjet who works tirelessly to ensure that our brand continues to lead in Africa.” 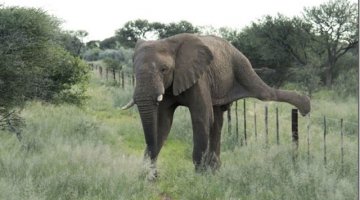