The money was raised at an annual fundraising golf tournament, coordinated, hosted and sponsored by Zimbabwean hospitality group, Africa Albida Tourism (AAT) a week ago.

“A field of 160 players, making up 40 teams, teed off for the charitable cause at the 18th annual VFAPU Golf Day, playing a 4 Ball Better Ball Stableford format, before a prize-giving function and auction,” she said.

Betts said the unit, which works closely with the Zimbabwe Parks and Wildlife Management Authority (Zimparks) and the Zimbabwe Republic Police (ZRP), has removed more than 22 000 wire snares from its operational area, and rescued 200 mammals injured by snares.

AAT chief executive, Kennedy Ross said the Golf Day showed how stakeholders were committed to conservation issues, while VFAPU head of operations, Charles Brightman applauded the fundraising effort and thanked everyone involved, saying the money will go a long way towards covering the unit’s operational costs.

“Without the support, VFAPU would have been unable to prevent the potential poaching of dozens of elephants, recently, when the scouts discovered 39 cyanide-laced oranges in the Zambezi National Park, left to kill elephants for their ivory,” Brightman said.

Ashleigh Pringle and Michelle Wilson, who finished on 52points, won the tournament, while Angus Light and Richard Howes came second on 50 points, followed by Frank Zimani and Mike McMullen on 49 points.

For their efforts they got accommodation vouchers for two-nights at the Victoria Falls Safari Suite.

The Starbelles were chosen as the Best Dressed Ladies’ Team, while Toyota Zimbabwe won Best Dressed Men’s Team, and Best 4 ball winners were the Pringle Pack.

The Zimbabwe Special Olympics Team, sponsored by The Bronte Hotel, participated in the event for the fifth year.

The auction fetched a total of $2 350, with two BA Comair return tickets Harare– Cape Town being snapped up for $1 000, and two Sean Herbert wildlife images going for $850 and $500, respectively.

VFAPU’s 17 scouts, who tackle all forms of poaching in the Victoria Falls region, have arrested 720 poachers since the unit was established in 1999 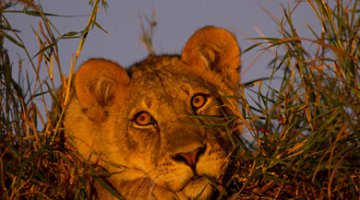