Could Zambia put a Ferris Wheel at the Falls?

The private sectors in Zimbabwe and Zambia, in partnership with Governmental organizations have been very careful in recent years to ensure that any new development near to the Victoria Falls falls within the parameters required by UNESCO for the World Heritage Status that the Victoria Falls enjoys. It is worrying when proposed developments come to light that may effect this and result in the good standing of the Victoria Falls as one of the Seven Natural Wonders of the World coming into question.

The following is a short exert from an article that was sent to us from a concerned stake holder, written by a watchdog news portal in Zambia. For the full article please go to Full Article

The Chinese investor has since been given permission to remove traders from the site to pave way for construction works.

“We have been instructed to give land at the Victoria Falls by the government. The instructions were sent to the Ministry of Tourism from State House. The named Chinese investor (Ju Wenbin) the CEO of China-Africa Cotton Development Limited was even taken on a conducted tour of the Vic Falls accompanied by some directors in the Ministry of Tourism recently,”
the source said. 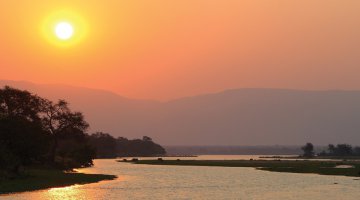