Fastjet received its second award this year as the airline was named Leading African Low-Cost Airline at the World Travel Awards last night.

This is fastjet’s second successive accolade at the World Travel Awards and its second award in 2017. Fastjet was also named Africa’s Best Low-Cost Carrier at the Skytrax World Airline Awards in June. The airline used the opportunity to recommit itself to improving customer service and pursuing a philosophy of constant and never-ending improvement.

“Recognition, accolades and awards always inspire us to do better,” says fastjet chief executive officer Nico Bezuidenhout. “And fastjet recommits itself to a relentless pursuit to deliver exacting standards of customer service across every aspect of our business.”

Bezuidenhout adds that while the airline does not always get it right, it has begun a process of reviewing every aspect of its value chain. “The first step is to move much closer to our passengers. They are our Guests across every moment of engagement and we have already set in motion several tools to achieve our objectives.”

Fastjet has already implemented a post-flight survey issued to all Guests travelling on the airline, its function to understand its present service levels through feedback. It has also shortened its social media response times to less than 60 minutes and is presently working on a streamlined communication protocol to deliver more effective flows of information between airline and Guest.

“Winning awards inspires us to do better while also a reflection on the absolute commitment and professionalism of Team Fastjet. I thank every member of our staff for the passion that they have for our airline and our Guests. The sum of the fastjet collective will continue to work hard to fulfil our Guest Service ambitions.”

The original article can be found on Bulawayo24 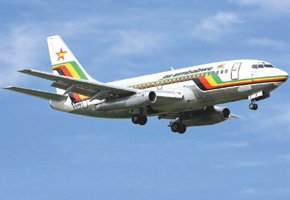