Vic Falls One Stop Border in the Pipe Line

ZIMBABWE is engaging Zambia to establish the One Stop Border Post (OSBP) at Victoria Falls Border, with Bilateral Agreement and manual procedures being finalised. 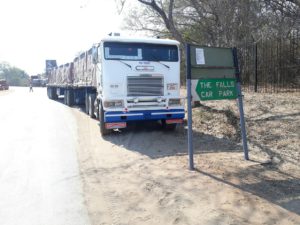 Trucks are having to stop right outside the rainforest waiting for border clearance.

This comes at a time when the resort towns of Victoria Falls and Livingstone are suffering from extensive commercial traffic including mainly 30 tonne trucks carrying supplies to copper mines in Zambia and copper plates from Zambia back down across the border on route to South Africa. The congestion at the border on both sides is having a negative impact on the experience of tourists visiting the rain forests as the trucks stop in queues right outside the rainforest itself. The congestion also causes problems in the environment as the trucks stop on the side of the road and damage the natural bush.

According to the article originally found in the Newsday Industry and Commerce permanent secretary Abigail Shoniwa told the OBSP awareness workshop yesterday that the initiatives were being spearheaded
by the Border Efficiency Management Systems (BEMS) technical Committee.

“I am delighted to inform you that the Border Efficiency Management Systems Technical Committee to date, has initiated engagements with Zambia towards the establishment of a OSBP at Victoria Falls Border and the
proposed Bilateral Agreement and procedures manual are being finalised,”
she said in a speech read on her behalf.

This comes after the just-ended Zimbabwe South Africa Bi-National Commission saw the two heads of States tressing the need to prioritise the implementation of a One Stop Border Post at Beitbridge.

“We have to move with speed to meet the aspirations of our leaders and business at large. It is, therefore, imperative that we continue to work as a team under the BEMS committee banner. The spirit of cooperation is important for the good of our country as a whole,” Shonhiwa added.

African Development Bank and International Organisation of Migration are providing the financial and technical support for the establishment of OSBP.

Other points of entry earmarked for the OSBP are Plumtree, Beitbridge, Forbes and Nyamapanda.

The purpose of OBSP is to reduce the number of stays incurred in cross border travel transactions by combining the activities of both countries border control agencies of single location in each director of travel.

OSBP trade facilitation and transport logistics legal expert, Francis Chirimuuta said the concept of an OSBP reduces the number of stops from the traditional two stops at a border to controls that are undertaken from one single control zone.

“In establishing one stop border stop you obviously need to take into account the critical elements of a one stop border post, firstly you will need a custom-build facility whereby you achieve seamless flow for users
and agency officers also then need border management network whereby your ICT and data sharing is established between the agencies of one country and those of another country,” he said.

One of the key payoffs of a one stop border post is that it reduces times spend crossing the border which consequently reduce the cost of trade.

In Chirundu, commercial traffic reduced from time of over 120 hours in 2009 to about 25 hours by 2012 which had a ripple impact in that the cost of crossing the border was reduced.

Read the full article on Newsday 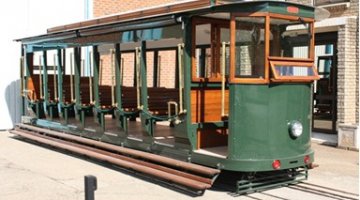