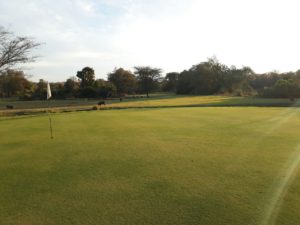 The Elephant Hills Golf Course in Victoria Falls has seen steady investment and improvement over recent years. This has been largely influenced by the engagement of Legacy Hotels as the management company of the property.

The Elephant Hills Golf Course in Victoria Falls will this week host the All Africa Team Championship Tournament. Teams from 15 African countries will take part in the event including Namibia, Uganda, Egypt and South Africa. The course has been selected due to the fact that it has undergone major improvements in recent years and is looking like it will be a perfect setting for the event. Animals such as Warthogs, Impala and Waterbuck roam the course and the indigenous woodlands make for some tight fairways.

Malcolm Mitchell, Matt Saulez and new cap Clayton Mansfield are eager to launch South Africa’s title defence in the All Africa Golf Team Championship.
The KwaZulu-Natal trio will be targeting an eighth consecutive victory in the prestigious biennial team alongside Junior Presidents Cup standout Garrick Higgo from Boland at Elephant Hills Golf Club in Victoria Falls from 10-14 October.
South Africa won the inaugural event in 2001 and claimed subsequent success in Botswana (2003), Uganda (2005), Namibia (2007), Egypt (2011) and Swaziland (2013).
Two years ago, Sunshine Tour rookies Jason Smith, Jade Buitendag, Andre Nel and Aubrey Beckley extended the country’s dominance with an 18 stroke victory at Limuru Country Club in Kenya.
Mitchell, who left for Zimbabwe buoyed by a hat-trick of titles in the recent Ekurhuleni Open, believes the team has an excellent chance of retaining the title.
“Of course I have confidence in the Banana Boys and when you throw South Africa’s second highest ranked amateur in the mix, you have to believe your chances are good,” said Mitchell.
“Garrick contributed to the South African junior team’s winning performance in the All-Africa Junior Golf Championship at Royal Harare in April, so he won’t have a problem adjusting to the conditions at Elephant Hills. He has had a brilliant season at home and abroad and he is joining us straight off his debut in the Junior Presidents Cup.

Next post Vic Falls One Stop Border in the Pipe Line 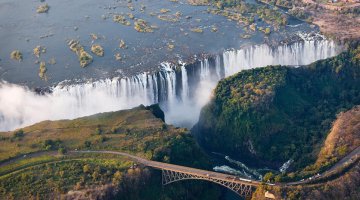