Mokoomba making waves on tour and at home 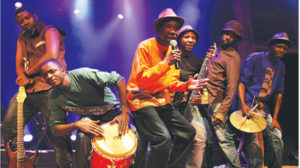 Mokoomba is a Zimbabwean internationally acclaimed, award winning Afro-fusion group. The band, which hails from Victoria Falls rose to prominence in 2008 after winning the Music Crossroads Inter-Regional Festival (IRF). The group sings in a number of languages including Tonga, Nyanja and Lubale. Mokoomba combines traditional and modern instruments creating a rich rythmic blend and vibrant sound that embraces the diverse cultures of southern Africa.  The group topped the iTunes charts in 2012 with their second album Rising Tide.

The band recently returned from Europe and performed at an Amarula Cocktail event hosted by African Distillers to celebrate the new look of their African product.  This was their first show in Harare, Zimbabwe after touring Europe for the past five months.

On the 23rd September, Mokoomba gave a brilliant perfomance in their hometown Victoria Falls at The Three Monkeys together with a local Vic Falls band Flying Bantu.  The performance was dubbed the “send off show” as Mokoomba will head off on tour again returning late December to perform at the Vic Falls Carnival.

A local Vic Falls music enthusiast commented, Mokoomba is an inspiration to Vic Falls bands and artists, they are evidence of how creativity and exposure can go a long way in creating success.

Next post Iconic Private House open for bookings in Matopos

About the Author Michelle Bella 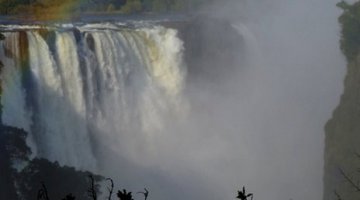 Parks looking to light up the Rainforest and the Falls