6000 wild animals to be transferred from Zimbabwe to Mozambique

5o elephants and 100 Giraffe will be part of a major wildlife “gift” from a Private Conservancy in Southern Zimbabwe to a Government National Park in Mozambique.

Trailed by great clouds of dust, a massive convoy of noisy diesel trucks rumbles out of Zimbabwe this week starting on Monday to begin one of Africa’s largest-ever wildlife relocation projects.
The aim is to shift more than 6 000 wild animals from Zimbabwe to neighboring Mozambique to replenish a national park that was all but emptied of wildlife in the aftermath of civil war. Over the next eight to ten weeks alone, the “rewilding caravan” will transport close to 2 000 animals from the Savé Valley Conservancy in southern Zimbabwe to the  Zinave National Park in Mozambique’s Inhambane province. 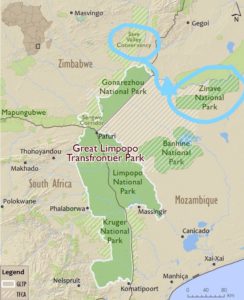 50 elephants will be among the first passengers on this 600km road journey, along with 200 zebra, 100 giraffe, 900 impala, 200 buffalo, 200 eland antelope, 300 wildebeest and 50 kudus.
Moving such large numbers of animals will involve the services of about 120 game-capture staff, veterinarians, ecologists, helicopter pilots and lorry drivers.
Sponsored by the Peace Parks Foundation, the operation is part of a much larger trans-frontier project to restore animal migration routes across Africa, while also benefiting local communities through wildlife tourism projects.

German businessman Wilfried Pabst, owner of the Sango section of the Savé Valley Conservancy, is donating 6 000 animals over the next three years. The Hamburg-based entrepreneur said that his conservancy enjoyed a surplus of wild animals.
“This process is a beautiful and fulfilling task and nothing shows our ecological success more than our gift of over 6 000 animals to re-establish the Zinave National Park.”
Werner Myburgh, chief executive of the South African based Peace Parks Foundation said in a telephone interview: “As you can imagine, the cost of buying 6 000 wild animals would be astronomical. The fantastic part is that Mr Pabst is not charging us a cent for them.
“Sango has surplus animals and being a philanthropist, he has offered to donate them to us,” said Myburgh.
Nevertheless, the cost of capturing and transporting up to 7 500 animals to Zinave over the next three years will cost the foundation around $2.5m.

Zinave forms part of the Great Limpopo Transfrontier Conservation Area (TFCA), which has begun to stitch together animal migration and tourism links between South Africa, Zimbabwe and Mozambique.
Zinave was initially declared a hunting concession in 1962 but upgraded ten years later into a national park. However, the civil war from 1980 to 1992 led to the loss of several of the large mammal species, including the giraffe that was emblematic of this national park.

The redevelopment of Zinave as an integral component of Great Limpopo TFCA got under way early last year after the signing of a 10-year co-management agreement between the Mozambican National Agency for Conservation Areas and the Peace Parks Foundation.
The first wildlife reintroductions to Zinave began last October when 317 animals were brought in from South Africa’s Maremani Nature Reserve and the Gorongosa National Park in Mozambique.
Now, the larger re-introduction process is almost underway, involving the movement of 6 000 animals from Zimbabwe over the next three years. Initially, these animals will be kept in a fenced-off 18 500ha section of the 400 000ha Zinave park.

The foundation hopes to progressively establish a high-density wildlife population in a 150 000ha section of the park to attract tourism investors back into the area.
Read the original Article by Tony Carnie, News24 on 2017-06-19 20:11 at..News 24 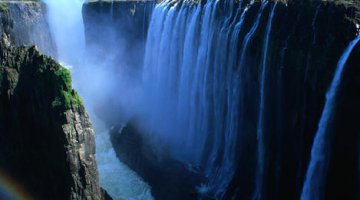