Marathon at the Smoke that Thunders

The Victoria Falls Marathon took place this weekend with over 3000 participants taking part in the three events. The ½ marathon which is run over 21 kilometers was extremely popular this year with over 1300 entries and 1165 successful runners. The grueling 42 kilometer Full Marathon had over 300 entries and 270 successful participants who completed the race before the 6 and a ½ hour cut off. 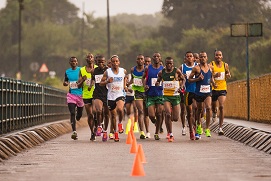 Full Marathon Winners – The winner of the full marathon Zambian national, Mathews Mutanya in 2 hours and 21 minutes. Mutanya had come second in last year’s event.
Tabitha Tsatsa won the ladies Full Marathon in 2 hours and 57 minutes – Tsatsa is a 44 year old Zimbabwean runner.
½ Marathon Winners – The winner of the Mens’ 2017 – ½ marathon was Robson Chigara in 1 hour and 6 minutes.
Patience Garauziye won the ladies ½ marathon in I hour and 21 minutes. 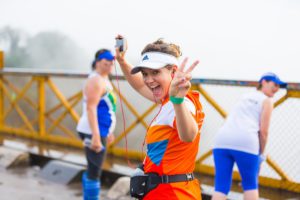 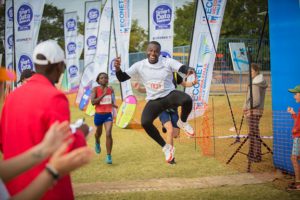 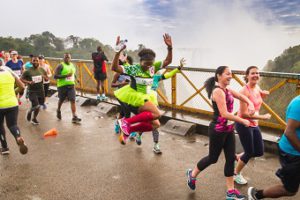 This year’s event was larger, more organized and literally more fun than all previous marathons run in the resort town. That is not to say that the event has not been well organized in previous years but this year saw the event organizers’ invest in new technology for timing, each runner carried a microchip in their race number. This allowed the marshals to also verify that all runners fully completed the route and resulted in a few entrants being disqualified for using an alternative short cut.
Each year the event has attracted more and more of a cosmopolitan running crowd and supporters, with people travelling from around the world to participate in what is no doubt the region of Zambesia’s most sought after race, where else in the world can you run past a 7th wonder of the world and also stand the chance of bumping into some of the wildlife on show even possibly one of the Big 5.
This year saw runners from many countries participate and many wore their country flags or traditional wear, giving the event a carnival type feeling. The water points included music and dance and the wildlife that wonders the streets of the town and the bush through which the route is made certainly came out to join the event. Elephant, buffalo, impala, warthogs and baboons were all seen by the runners as they completed the race. 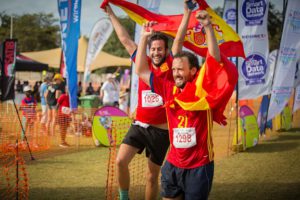 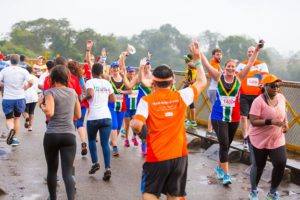 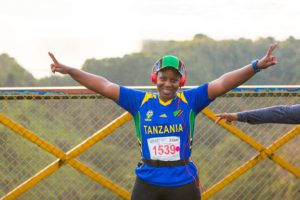 The feedback from the runners was again so positive and not just because the race was so well organized it seems that the small town of Victoria Falls is making major strides in its development as a tourist center. New pubs and restaurants have opened and the atmosphere is just great. The evenings were full of good food, cold beer and wine.
Of course many of the participant also took up the opportunity to enjoy some great packages that included some of the popular activities on offer around the resort. Rafting, Canoeing, Game Drives, canopy tours and helicopter flights were all buzzing with traffic.
The fact is it seems to be that this marathon is coming of age and if this year is anything to go by we will see more fun, laughter and a great event growing in the years to come.

For more information and full results from this years event go to  www.vicfallsmarathon.com 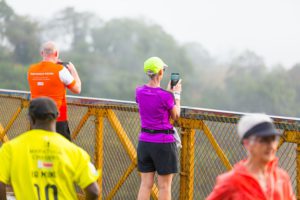 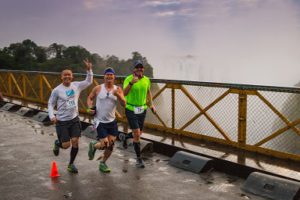 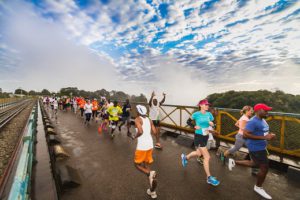 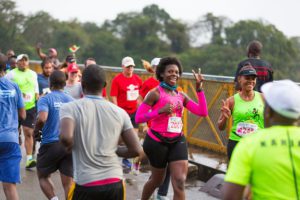 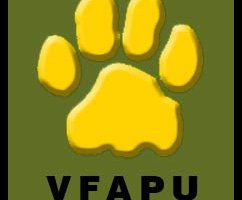