Late in 2016 a retired Safari guide was on vacation in Zimbabwe and whilst travelling  with friends in the Zambezi National Park, adjacent to the Victoria Falls, he and his family were treated to some magic moments. He wrote the following description of their experience.

We had a fantastic evening on Monday night at Chamabonda Platform in Zambezi NP. We drove, in an open safari vehicle, into the Park from Victoria Falls, with Charles Brightman, one of Zimbabwe’s top Professional guides, at about 4.00pm and made our way along the vlei, ( an open grassland area ) to the overnight platform, this took us about forty minutes of game drive time. It was a pleasant drive in and we saw a couple of bull elephant, a very dark coloured giraffe and a pair of huge Kori Bustards. Then closer to the platform which is situated at the end of the park, we saw two herds of buffalo (sixty plus and eighty plus head) with zebra in amongst them.

On arrival at the platform, which has a pumped pan ( water is pumped from a nearby borehole ) forty metres in front of it, we saw a huge herd of buffalo heading down to the pan. Off to one side were thirty plus sable antelope and to the other more than sixty zebra and a couple of eland and three big bull elephants as well. As the sun set the buffalo were streaming past and there were literally buffalo as far as we could see. We estimated the herd to be at least five hundred and probably closer to six hundred head, which is an incredibly impressive sight. Some drank but most just kept heading east up the vlei and once about half the buffalo had passed us a herd of cow and calf elephant came down to drink. It was too dark for photography but we could see them clearly in the dusk and counted about sixty of them including some very young calves. They were only forty metres away and we had supper (delicious sadza, nyama and choumoulier a traditional African meal) listening to them trumpeting and splashing in the water. Apart from an evil looking Parabuthis scorpion ( the more unfriendly of the scorpion species found in the area ) which put in an appearance after supper the night was peaceful until the baboons went a bit nuts, with alarm calls and barking, in the small hours, no idea why, but possibly a Leopard was passing in the night.

We woke in the half-light of the early morning to the sound of the buffalo returning to the pan. If anything there were more than the previous evening, possibly the two smaller herds had amalgamated with the bigger one. They flowed past the pan in a continuous stream of black for about thirty minutes, raising a small cloud of dust and grunting and mooing as they went. Trailing behind the main herd were a couple of small straggler groups and as we sat having morning muffins we heard one group start running.

They were being chased by a pack of Painted Dogs which had singled out a calf and broke it away from the group and pushed west past us. The little group of buffalo carried on and the dogs turned the calf back towards us, harrying and nipping at it. There were six dogs, three adults and three sub-adults and they pushed the buffalo calf right towards us before it broke away towards two buffalo bulls following the main herd. The bulls chased the dogs away and the dogs stopped for a quick drink and splash in the pan, they were so confident. As soon as the bulls started to move off with the calf the dogs pursued and again they got it off on its own into a small depression where they took turns to harry and bite it, turning and turning it and slowly exhausting it. At that point we thought that the calf was done for but should have known better than to underestimate the indomitable buffalo will to survive, even in a calf. It broke out of the circle of dogs and ran back towards the pan and us. As it got to the pan another group of stragglers arrived, an old cow with two calves and a yearling. The calf attached itself to the group and the cow tried to see off the dogs which took another drink break and played in the water in front of us while the little group of stragglers just stood and watched them, knackered.

“Just to round it off as we left we saw a male ostrich out on the vlei, the first any of us have ever seen one there”

The dogs played for ages and appeared to be losing interest, they had obviously fed in the night, had blood on their muzzles and full stomachs and maybe were using the calf as a training exercise for the youngsters. After gathering their strength the little group of calves and the old cow headed off and as soon as they started to move the dogs were off again after them, the chase response was just too strong but as soon as the group entered the gusu ( a local name for the teak Tree woodland found on the deep sand ridges in the area ) they broke off and the cow and calves were last seen heading for the rest of the herd while the dogs seemed to be looking for somewhere to sit out the heat of the day. What a fantastic sighting all no further than fifty or sixty yards away and in clear view all the time, about thirty five minutes. Just to round it off as we left we saw a male ostrich out on the vlei, the first any of us have ever seen one there.

Thank you Charles Brightman and Discover Safaris http://discovervictoriafalls.com/  for a wonderful overnight stay. Also thanks to Trevor Lane and the Bhejane Trust  http://bhejanetrust.org/ for the hard work maintaining pumps etc at Chamabonda.

Craig Black is a professional guide now living in the UK with his family he returns regularly to enjoy the wildlife experiences in the Zambesia region and especially in Zimbabwe.

Next post NEW DIRECT ROUTE FROM NDOLA TO KASAMA 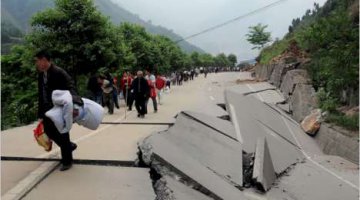