Lola’s Tapas & Carnivore Restaurant grabbed the accolade because of the creativity and originality of its products and the impact on Zimbabwe economy. The company was presented with a Certificate and a trophy as a token of appreciation and excellence.

Lola’s Tapas & Carnivore Restaurant based in Victoria Falls has become one of the town’s most preferred restaurants and a hot spot of innovation and fusion of afro-centric and euro-centric dishes that can be enjoyed by local clients and tourists.
The company operates just like any other enterprise; but the competitive edge has come about from working around the clock bringing new concepts into the market and investing in human resources.

The restaurant introduced a new concept in Victoria Falls which propelled it into the lime light. Lola’s as it is affectionately known, has introduced the fusion of Mediterranean cuisine with Zimbabwean products, focused mainly on catering for local clients and tourists.

Mixrite Investments believes that the company does not operate alone, and as such  has embarked on a permanent formation program with employees,, teaching new ways of cooking with African products and front skills fore the waiters, teaching new languages as well as professional development.

Lola’s has plenty of success stories and is undertaking a community agricultural project for the local villages promoted through an agreement between Lupane State University and Polytechnic University of Catalunya, Spain. The major agricultural project being undertaken is “Ricstar Farming” under the Africa Crece Spanish Foundation, an NGO founded by Maria Sanchez and Jose Luis Regot. This project is being assisted by Polytechnic University of Catalunya which send engineers and specialists to areas with poor soils and exchange notes with Lupane State University specialists and share knowledge with local villagers in the culture and harvesting processes, cattle ranching where there is not enough grazing fields and planting of special nutrient plant trees. 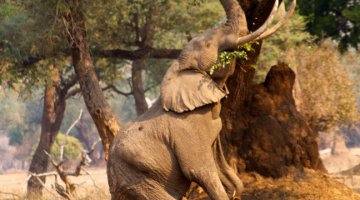