The Beauty Of The Busanga Plains

It has been a year since I visited the Busanga Plains and whilst the area is moderately drier than last year, the abundance and diversity of bird and mammal life seems to have increased since my last visit! Something else that remains rock solid are the amazing staff in our camps that go out of their way to make sure that no stone is left unturned in making sure your stay is as comfortable as ever. 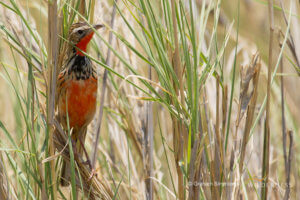 I was in some amazing company this year, seven of Africa’s top guides and photographers all converged on Busanga Bush Camp for three nights to explore the area first-hand. The knowledge and passion I experienced was second to none and it was refreshing to see the group forego a lion sighting for the chance to catch the elusive Bohm’s bee-eater (we managed a total of 152 bird species in the three nights spent including Pallid harrier, blue breasted bee-eater and northern wheatear among the favourites as well as a sighting of over 150 jacana within a relative small swamp land).

Yes the days are warm, but the nights are refreshingly cool and a duvet still needed. I foolishly forgot my jacket and so the early morning game drives had me bundled up like my grandmother, eagerly exploding from the blankets that Idos and Isaac, our amazing guides, provided as I tried to get a picture of two honey badgers at first light. This sighting was followed by two more separate sightings of the tenacious little guys. I was too slow and missed the chance to get a proper picture. “Honey Badger don’t go…” 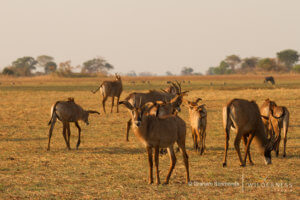 Besides the larger mammals such as elephant, buffalo, roan, Liechtenstein’s hartebeest, puku, lechwe, sable and zebra to name a few we also saw the smaller oribi as well as seven different water mongoose. I did mention the diversity was up there with the best!

In terms of predators, serval, cheetah, leopard and lion were seen. Had we focused specifically on predators I am sure we could have added to this list, but we had no agenda except to explore this wonderful area. 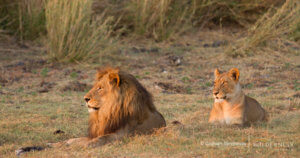 We had a great dinner with Caz from the Carnivore Research team that are based near camp and it was heartening to hear of the number of predator on record, in particular wild dog in the greater Kafue National Park. As positive as it was to hear this population; it was still a concern to note that there are incidences of poaching on the periphery of the area we visited. This highlighted the importance of maintaining a presence in that part of the Park as well as assisting National Parks and researchers in their efforts to curb snaring and bush meat hunting to allow the populations of one of the most diversely rich areas of Africa to grow!

Previous post The Many Reasons To Visit Chobe, Botswana, In The Green Season