World Rhino Day which is held annually on the 22nd of September, was first announced by WWF-South Africa in 2010. The following year, it took off in leaps and bound, paving the way for its present influence and success. It has since grown to become a global phenomenon, uniting NGOs, zoos, cause-related organizations, businesses, and concerned individuals from nearly every corner of the world!

MyPlanet Rhino Fund is one such initiative. It was launched in May 2011 – the culmination of combined efforts between the MyPlanet fundraising programme, the Endangered Wildlife Trust (EWT) and supported by Braam Malherbe (the well-known conservationist and 50|50 presenter.

With the support of over 50,000, this initiative raised R2.5 million for the MyPlanet Rhino Fund in the past 12 months, since World Rhino Day in 2015, and over R6.5 million since the fund was created The fund therefore disperses its funds to a variety of conservation organisations and government agencies that implement and incorporate practices, programmes and interventions to protect rhinos

A number of organizations have used funds from MyPlanet Rhino funds accordingly, bolstering rhino conservation efforts.
To read more about these organisations follow the link http://bit.ly/2cNMVox 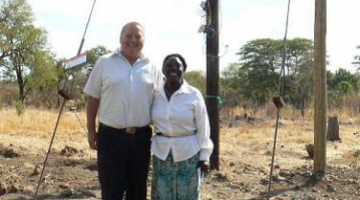