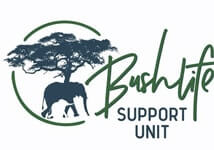 Bushlife Safaris, operators of Vundu Camp, Little Vundu and Ruwesi Canoe Trails in Mana Pools, have recently established the Bushlife Support Unit (BSU), an organization committed to eradicating poaching in the Mana Pools National Park.   They are working in collaboration with other conservation organisations to strengthen the capacity of the Zimbabwe National Parks Authority to protect this important World Heritage Site.

Mana Pools National Park is synonymous with the Zambezi River, elephants, lions, remoteness and wilderness. This unique park is a vast abyss of pristine wilderness with a wide range of large mammals, over 350 bird species and aquatic wildlife. Mana Pools is one of Zimbabwe’s most popular parks, and it is easy to see why it falls into this profile. 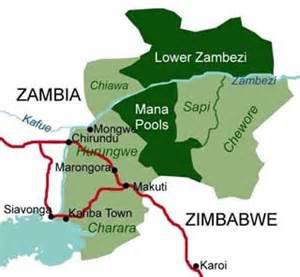 The name “Mana” means “four” in the local Shona language. This applies to the four large pools inland from the Zambezi River. These pools are the remnant ox-bow lakes that the Zambezi River carved out thousands of years ago as it changed its course northwards. Hippopotamus, crocodiles and a wide variety of aquatic birds are associated with the pools. ”Long Pool”, is the largest of the four pools, extending some six kilometres in a west-east direction. This pool has a large population of hippo and crocodiles and is a favourite for the large herds of elephant that come out of the thickly vegetated areas in the south to drink.

We are very excited to announce that a considerable number of the tour operators in Mana Pools have recently pledged their support for BSU and have offered to assist in any way possible.

BSU is currently working on new roads to improve access for anti-poaching teams. We have a gang of men working on the road, and have sent a tractor and trailer, drinking water, food and wages for the team.  Mana Pools Safari Company and Mwinilunga Safaris have generously contributed fuel, food and tools. African Bush Camps has also offered to make monthly contributions towards BSU’s efforts.  Goliath Safaris have sold us a Land-Rover at a very reduced price to help with anti-poaching and have also given a donation of $1000 towards operational costs.

In the last month we have also received generous donations from Vundu Camp guests, without whose help we would simply not have been able to carry on!  The necessary work on the new roads will take a few months and any further contributions would be gratefully accepted.

In addition, several artists have offered to donate a portion of the proceeds from the sale of their works to BSU:
•         Leigh Hunt has made 10 statues of the famous elephant, Boswell (who stands on his hind legs to reach the highest tree branches).  He is selling these for 1000 Pounds sterling each, 30% of which he will donate towards the anti-poaching efforts.
•         James Maberly, a UK based sculptor, has done some limited-edition bronze statues of this same classic Mana elephant icon standing on his back legs, one of which is on display at Vundu Camp.  James is charging 3500 Pound Sterling for each bronze and will donate 25% of the proceeds towards the anti-poaching effort. He is willing to ship anywhere at an additional charge.
•         Will Maberly (James’ brother) is a very talented artist and passionate conservationist. He has kindly offered to contribute 30% of the selling price of his paintings at Vundu Camp towards BSU.

The support for this cause could not have been more timely, coming at a time when unspoilt territories such as these are increasingly targeted by poaching syndicates. The rich wildlife in this particular area has become an increasingly greater lure, irresistible because of the lucrative gains it offers poachers. The BSU will go a long way in bolstering the ongoing efforts to preserve Mana Pools in all it’s beauty, splendour and unparalleled diversity. 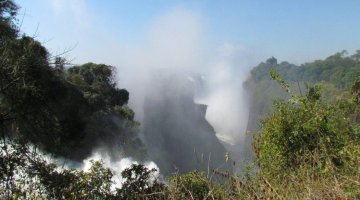