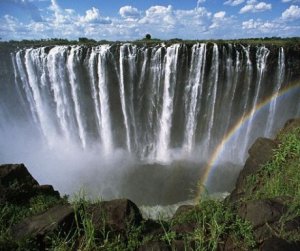 Operators in Victoria Falls have seen an increase in visitors, with all units recording brisk business at the start of the high season, which is expected to extend to December.

In separate interviews, operators revealed that the traditional peak period in the sector was an opportunity to break even, with groups flocking into Victoria Falls, Kasane and Livingtone – dubbed the golden triangle market and which is one of the most popular in the tourism world.

“This season has seen a lot of groups coming into the destination.” He added that all units were very busy and said most of the visitors were from Europe, Canada and the US. “We are riding on good times, business has been at an all-time low and we are happy to recover from that period.”

Likewise, Wenhau Safaris and Tours’ Wengayi Nhau said tourism business had been very low and has since started recovering.

However, Nhau said the recovery was not enough to balance out the dip earlier this year. “It is normal for numbers to increase during this period, which is traditionally the high season. In February and March, people were operating far below breakeven point and, although the situation is better now, if you average these figures, we are still below the profit level.”

Hospitality Association of Zimbabwe President, GeorgeManyumwa, revealed that occupancies were growing from the 45% that the sector had been averaging to about 52%, with prospects of achieving 58% due to the high-season trend.

“We are expecting this period to give us 58% in terms of occupancies, which is a commendable figure. Things have definitely started improving and the growth is visible in the sector. We expect the second half of the year to yield positive results,” said Manyumwa.