Editor — August 15, 2016
An anti-poaching unit has arrested 10 suspected poachers in separate operations countrywide in Zimbabwe at the beginning of the month with two of the suspects on the police’s wanted list. The unit comprises police and Zimbabwe Parks and Wildlife Management Authority (Zimparks) rangers.

Zimparks spokesperson, Caroline Washaya-Moyo, said Matandira Gomweso and Caston Magejo, notorious for poaching elephants and rhinos, were arrested in separate incidents in Gokwe and Save Valley last week. Two rifles, one fitted with a silencer, were recovered from Magejo and his accomplices as well as thirty rounds of ammunition.

Washaya-Moyo said, in a related incident, Shadreck Mjova and Shepherd Magwada, who is a long-distance truck driver, had been arrested at a police roadblock near Ngundu Halt Business Centre in Masvingo Province after being found in possession of a 303 rifle, three rounds of ammunition, a knife, two torches and a firearm magazine.

Zimparks suspects the duo intended to poach rhinos in the Bubye Valley Conservancy.

Zimbabwe has one of the toughest wildlife crime laws in Africa. The country’s shoot-to-kill policy for poachers and the  mandatory minimum nine year jail sentence for poaching presents an imposing penalty. Although this success is only a dim spark in the bid to nullify poaching. Breakthroughs such as these do bolster the seemingly impossible mammoth task of eradicating poaching.

Previous post Art of Africa: For the Love of Art! 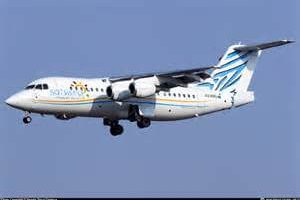