Kasane is playing host to the coveted World’s Strongest Man Competition. The seven-day strongman competition which began this morning at Hot Springs will end on the 20th of August. The competition which  started today with loading races followed by the Hercules Hold, will continue at various designated venues in Kasane in the next few days.

Even though Botswana will not have a representative at the famed Commerce World’s Strongest Man 2016’; the country and more so the town, will enjoy tremendous benefits from this event.

The town’s location makes it a strategically viable one; situated close to Africa’s Four Corners where four countries almost meet: Botswana, Namibia, Zambia and Zimbabwe. It a pivotal destination due to its link to the attraction of the Chobe National Park and its affiliation with the lure of the Okavango Delta, Caprivi Strip and Victoria Falls.

The World’s Strongest Man competition is anticipated to be viewed across the world with an estimated 470 million viewership in over 70 countries. The days to come will provide thrilling episodes of brute strength and colossal rivalry, as muscle and sinew will be tested in adverse conditions. 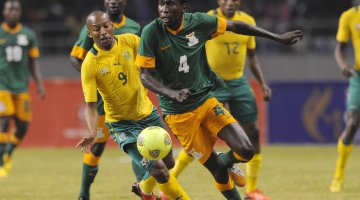