Malawi undertakes the translocation of 500 elephants

Two weeks ago the start of one of the world’s largest and most significant elephant translocations set motion in Malawi. In total, up to 500 elephants are being translocated from Liwonde National Park and Majete Wildlife Reserve, in southern Malawi to their new home not far from the famous Lake in central Malawi.

In addition to these elephants, thousands of other animals including sable, waterbuck, zebra, kudu, eland and warthogs are also being translocated all with the goal of repopulating Nkhotakota and restoring it to its former glory after years of neglect and poaching. It has been referred to as one of the biggest events to transpire in Malawi’s parks system.

Approximately 150 elephants have made the 350km journey to their new home, Nkhotakota Wildlife Reserve, since this phenomenon began. The catalyst of this undertaking has been the ‘elephant paradox’; where one area has too many elephants, while another is desolate. In some locations, there are simply too many elephants living in a small space, which leads to environmental destruction and human-wildlife conflict. The solution has been to move the elephants to Nkhotakota Wildlife Reserve – where the elephant population has decreased from 1,500 elephants to less than 100 in the last 20 years, due to factors such as habitat loss and poaching.

At the core of this back breaking task is Africa Parks, a non-profit conservation organisation which is responsible for the rehabilitation and long-term management of national parks. Africa Parks’ partnership with the Malawian government goes back more than a decade. This orgnaisation manages 10 national parks and protected areas in seven countries covering six million hectares: Malawi, Zambia, CAR, The Democratic Republic of Congo, the Republic of Congo, Rwanda and Chad.

The first elephants to be moved were a family of nine individuals. Thus far, the elephants that have been moved are doing well and staying within the perimeter fencing. The new elephant population will first be introduced to a 16,000-hectare sanctuary (about 39,500 acres) at Nkhotakota before being released over time into the larger reserve. Organizers have plans to relocate another 1,500 animals from a variety of species to also help repopulate reserves.

This project still has a long way to go, with significant number of elephants still to be moved. In addition to the arduous task of relocating the elephants, stern and effective anti-poaching initiatives will have to be employed in order to avoid further decimation of the elephant population.

The air is ripe with optimism as the next 12 months will see a park replenished with both elephants, and other game species. This will create a premier wildlife hub and elephant sanctuary for Malawi and a tourism hotspot for the country in the coming years. 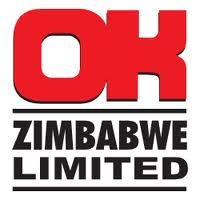