Zambesia Tour Update: The Brown’s trip around the world

Robin and Jo Brown have continued on their amazing journey as they travel the globe. Their incredible Zambesia Tour has taken them to some magnificent places.

Robin spent a significant part of his career as a Safari and Canoe Guide trainee  on the lower Zambezi. He continued his guiding as a professional guide, walking, canoeing and rafting the Zambezi as well as countless excursions in  the nearby parks encompassing the region . As such he has been at home exploring the wilder parts of South America. Now in the past month the Browns have straddled this region. “There have been three major natural features that stand out for me so far” said Robin Brown.

Robin’s vivid account of the tour brilliantly chronicles some of what they have seen and experienced.

The Atlantic forests of Eastern Brazil 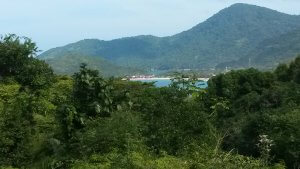 The forests grow upon the massive Granite Batholiths ( Granite Massifs ) blended with the Coast lines’ incredibly beautiful beaches – In Zimbabwe I grew up in Harare – this is a stunning city with picturesque suburbs – not far to the North of the City is an area of similar granite outcrops commonly known to the locals as the Dombashawa area which includes Gomamakarire. These same granite outcrops abound around Rio De Janeiro and along the coast line south towards Sao Paulo. It is upon the foothills of these giant boulders that you find such a thick jungle type forest that is the Atlantic Forest Biome – a tree lovers heaven – lianas – saprophytes and epiphytes galore – brilliantly coloured bird life such as the Brazilian Tanager and our first introduction to the delightful humming birds of South America. On the coast line the same granite massifs provide bays and white sandy beaches that are steep sided and surrounded by the forest and islands that rise up steeply from the sea. 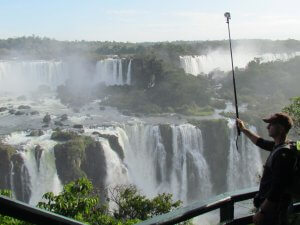 These falls are a plethora of incredible views. You turn a corner and there before you are another set of magical cascades and roaring water. The Iguacu Falls again have such similarities to our own Victoria Falls – formed by a barrier of Basalt Rock being slowly eroded by a massive river and the feature finds itself at a meeting point of multiple countries – namely Brazil, Argentina and Paraguay (whilst the actual Falls are on the Iguacu river and only Brazil and Argentina have direct access the Paraguay border is only 20km downstream where the Iguacu river meets the Parana river). The net result is that the area is a combination of a hive of border activity combined with tourism. The commercial effects of cross border movement does unfortunately detract a little from the area. Indeed both National Parks that surround the Falls in Argentina and Brazil are large. From the entrance gate you take a bus or a train through both National Parks’ thick tropical forests to get to the Falls. The organization on both sides is slick and professional making for thoroughly impressive experiences. You simply have to see the falls from both sides of the river and take a minimum of 6 hours on each side. (On average 5000 people per day visit these Falls!)My last memory of these Falls will be on a raft float product offered by the Park – we were floating down the Iguacu river in the calm narrow channels just above the Falls in a large inflatable raft, it was so similar to those channels that I have paddled many times just above our own Victoria Falls – and as the guide dipped an oar to guide us between some shallow rocks and beneath the bow of a low hanging tree I could have sworn I heard a hippo grunt, but then I was reminded of our whereabouts by the bright flight of a Toucan just over head! 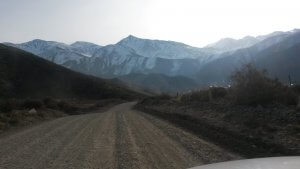 As I write this we are sitting in a little cottage in the foothills of the Andes in a little village called Potrerillos  – this mountain range is just incredible. The Andes, form a wall that literally spans the west coast of South America. Having taken the overnight bus from Buenos Aires to Mendoza one gets a picture of the contrasts, the region around Mendoza is flat on three sides – dry semi desert and quite “Karoo” like if you know the great Karoo of South Africa. Then on the fourth side you have the Andes Mountains standing like a vast legion of giants with snow capped peaks. Out of the mountains comes life giving rivers of snow melt. The wine growing region of Mendoza so well known for its Malbec reds is given this awesome back drop.

We will be exploring more of these Mountains in coming weeks as we head north to Bolivia and Peru.We are over a month into our trip and already we have had some lifetime experiences that are going to be etched in our memories forever.

Jo is whittling away at their travel journal in which you will be able to follow their journey in a sequence of events and geographical movements
To get a vivid account of our journey thus far follow this link: http://www.zambesia.com/travel-journal/ 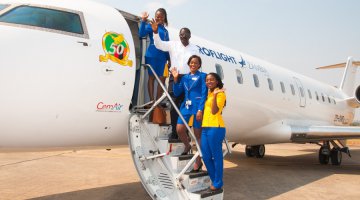