Air Zimbabwe will play host to the 48th Annual General Assembly (AGA) and Summit of the African Airlines Association (AFRAA) scheduled to take place at the Elephant Hills Hotel in Victoria Falls from 20 to 22 November 2016.

The motto of the 2016 AGA is ‘Managing the Survival and Market Recovery of African airlines’, highly relevant in today’s aviation world and in light of the recent onslaught by non-African carriers taking as much as 80 percent of the traffic share from airlines at home on the continent.

This will be Africa’s largest gathering of airlines and related service providers, like Civil Aviation Authorities, airports, ground handlers, catering firms but also manufacturers, insurers and in fact any form of businesses related to aviation. After the annual Aviation Stakeholder Convention is the AGA the place to be to network and to discuss hot topics related to the industry on the African continent.

This important annual event which was last held in Brazzaville, Congo in November 2015 is expected to attract over 400 high profile delegates from the aviation industry in Africa, Europe, Middle East, Asia and North America. The President of AFRAA and CEO of Air Zimbabwe, Mr. Edmund Makona on his part thanked AFRAA for the opportunity to host this major aviation event. He stated that hosting the event in Zimbabwe, and in particular, Victoria Falls, presented an excellent opportunity to strengthen aviation in the country and further promotes the tourism sector.

“It is a pleasure and an honour to host the 48th AFRAA Annual General Assembly and Summit in Victoria Falls” he said. 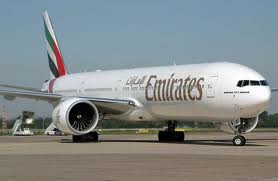