A teenager is in a serious condition after he was attacked by a hyena in South Africa. 15-year-old Erco ‘Boela’ Janse van Rensburg from Centurion was attacked in his tent in Kruger national park on Sunday morning.

It is believed the animal locked its jaws on the boy’s face, causing severe damage. His screams woke his parents who rushed his aid and chased the animal away. Fortunately a nurse was present at the camp, as well as one of the guides.

The boy was flown to Johannesburg for emergency plastic and reconstructive surgery after being treated at a local hospital where he was rushed following the incident.

Rangers have been unable to locate the hyena but suspect it entered the camp through a hole under the perimeter fence, possibly made by a warthog.

Mabasa said “the animal was probably looking for food. People must be aware at all times that there are wild animals around them and they must make sure that their tents are properly
closed,” he added. 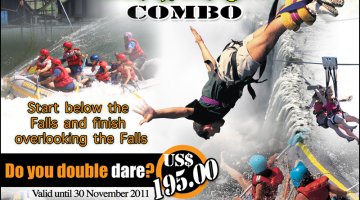