Botswana has opted to boost this magnificent site, aiming to increase the number of tourists visiting Gcwihaba Hills in the remote part of Ngamiland next to the Namibian border.

Gcwihaba is one of the most remote destinations in Botswana. It is a fascinating underground labyrinth of caverns and pits, linked passages, fantastical stalagmite and stalactite formations, and beautifully coloured flowstones that appear like waterfalls of rock. It is also a designated National Monument and a UNESCO World Heritage Site.

A heritage tourism package has been developed to allow tourists to experience the Gcwihaba Caves and the San culture of the resident Xai-Xai Community. In addition to this, there are plans to construct a lodge in the area to cater for tourists in the near future.

Unique ecosystems of flora and fauna have been recorded at Gcwihaba. These include the Namaqua Fig, only found at these hills and easily recognisable by its long trailing roots, the endemic aloe, tent tortoises, barking geckos, Ruepel’s parrot and barn owls which live in the caves.

Other caves in the area include the Wa Doum Cave and the Mongongo Cave, Bone Cave, Diviners Cave and Blue Cave, which are all beneath the Koanaka Hills. 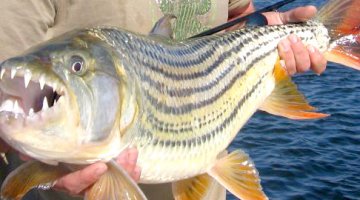