Turkish Airlines will introduce direct flights to Harare by early next year. The move has been initiated by the Foreign Economic Relations Board of Turkey (DEIK), in order for government to lessen bureaucracy in order to tap into investment opportunities.

The Turkish embassy and the (DEIK) mobilised this action in order to enable a more viable means of business transactions between Zimbabwe and Turkey. A direct route between the two countries would make it easier for local companies to transport semi-finished goods to Turkey and have them finished there. The idea would be that once the goods were finished in Turkey, the country’s unique positioning would make it easier for local manufacturers to capitalise on foreign market through access to Asian and European markets. On the other hand local Zimbabwean manufactures can benefit from cheap textiles from Europe.

Ministry of Industry and Commerce deputy minister Chiratidzo Iris Mabuwa, was instrumental in facilitating a meeting between the DEIK and the Confederation of Zimbabwe Industries (CZI) in a process that began last year.

Speaking on the side-lines of the official signing of the memorandum of understanding between the DEIK and the CZI in Harare, DEIK co-ordinating chairman of Turkish-African Business Councils Tamer Taskin said government needed to reduce bureaucracy.

“By the end of this year, if not the first months of 2017, Turkish Airlines will fly directly between Harare and Turkey it will make transportation very easy. Of course business people are very active people and can see the potential and can see everything. On the other side is the government side, we have discussed (with government) how they can make an easy bureaucracy as it sometimes can block the business,” he said.

“We had the same problems many years ago in Turkey now it is very easy when establishing a company to bringing in foreign capital to taking your profit out. This is what investors are waiting for from government.” 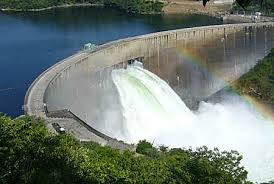