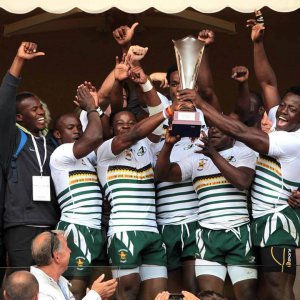 The Zimbabwe men’s sevens rugby side failed to qualify for the Olympics this past weekend in Monaco. They fell short as losses to Ireland and Samoa in their group A games on Saturday saw them suffer an early knock out.

Although the cheetahs were denied contention in Main Cup Competition, they still had a lot play for. They salvaged some pride after winning the second tier Olympic Repechage men’s Challenge Trophy.

The Cheetahs have also been named as one of the sides for the edition of the Assupol South Africa sevens rugby tournament set for the 2nd and 3rd  July.