Air Mauritius has added two new destinations from Mauritius (MRU) to its African network. The new acquisition was launched with a direct flight from Maputo on 4 May as part of an exciting network extension in Africa. On 4 May the carrier began weekly Wednesday flights on the 2,633-kilometre route to Maputo in Mozambique – the return flight operates via Durban. On Friday 6 May a second direct flight from Dar-es-Salaam was also launched. It began weekly Friday flights on the 2,494-kilometre route to Dar es Salaam in Tanzania – return flights on this route operate via Nairobi. These flights will use the hub of Mauritius to feed the Air Corridor between Mauritius and Singapore.

The addition of these routes presents an exciting prospect for the avid traveler and adventure seeker. With these new destinations, Air Mauritius will have 26 weekly flights to the African continent. It now offers 17 flights to Johannesburg per week, 3 to Cape Town, 3 to Durban and 3 to Nairobi.

CEO of Air Mauritius Megh Pillay, said: “African economies have shown remarkable resilience to the global crisis. Their growth rates have been consistently higher than the global average. The expansion of our network on the African continent is a step to address the need for more air connectivity. These new flights will contribute in feeding the Air Corridor that links Africa and Asia via the hubs of Mauritius and Singapore.” Created in 1967, Air Mauritius currently operates a fleet of six A340s, two A330-200s, two A319s and two ATR 72-500s and flies to 21 destinations in Africa, Asia, Australia, Europe and the Indian Ocean.

Next post Overpopulated conservancy seeks to ship out excess lions 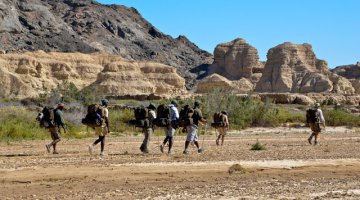