While Victoria Falls, not only the world’s largest waterfall, but also one of the Seven Natural Wonders of the World and a Unesco World Heritage Site, has long been on many a traveller’s bucket list, it is about to become a whole lot easier to get to. Direct flights to Victoria Falls from many corners of the globe will be a total game changer. Victoria Falls will grow from a charming little tourism town into a major tourism hub for the region, while maintaining its charm and attraction.

Why the hub status one may ask? The answer is very clear – look at a map of southern Africa and put a compass on Victoria Falls, and you will see clearly that it is right at the centre of the finest tourism and wildlife destinations and countries on the planet. Draw concentric circles from Victoria Falls out to 500km, 600km or 700km and note what amazing destinations and experiences, cultures and people, wildlife, flora and fauna abound! Victoria Falls is set to become a gateway from which to explore the entire region.

With five or six international air carriers looking closely and in talks with the Civil Aviation Authority of Zimbabwe and Government about routes to Victoria Falls, one can but imagine the growth potential for tourism to the region in the coming few years. Throw in the likes of the expansion of the KAZA Univisa to include neighbouring countries, coupled with the easing of visa regulations in South Africa and Zimbabwe and it is easy to see how and why Victoria Falls will attain this hub status in coming years.

Some may believe Victoria Falls is better left as it is while others will embrace the counter argument that “growth is necessary and good”.  But what matters is that growth is inevitable, so both the public and the private sector must be responsible, accountable and caring in managing such expansion. As we know, tourism is a key pillar of many African economies, a major employer and contributor to communities and the fiscus, and so responsible growth should be embraced.

Let’s all ‘watch this space’ and play a part in contributing to our wonderful industry, which showcases our continent extremely positively. 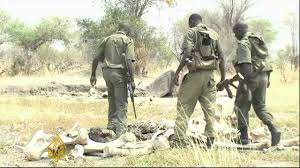