The United Nations World Tourism Organisation UNWTO has ranked Zambia one of the three top fastest-growing tourist destinations in the world.

Dr. Rifai  revealed the rankings in an interview with the BBC on the “Business Live” programme this morning.

The UNWTO chief revealed that in Africa, Namibia and Zambia were among the fastest-growing tourism destinations in the world sharing the spot with China from Asia.

Dr. Rifai’s  interview on the BBC was part of the program for the World Travel Market taking place in London, United Kingdom.

The same story was also on Zi-FM, a radio station Zimbabwe and monitored by ZNBC News in Livingstone.

Zambia and Zimbabwe co-hosted the UNWTO General Assembly in 2013.

The UNWTO says the tourism industry in Zambia is growing at a faster rate, and that the Zambian government continues to implement policies that will sustain this growth in the sector. 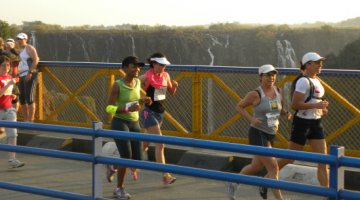