The introduction of low cost airlines plying Zimbabwe routes have been welcome by passengers but at the same time some are wondering if they will not, like the ones before them, price themselves out of the market.

The two regional airlines that have been introduced to Zimbabwe’s airspace are Fly Africa and Fastjet, which have headquarters in South Africa and Tanzania respectively.

Fly Africa, however, has already suspended flights after its license was cancelled because of allegations of misappropriating funds.

The company, however, says the missing money is a technical error that is being rectified.

“Our partners from Fly Africa Limited of Mauritius, from whom we leased the aircraft, had made arrangements through Stanbic Bank, Samora Machel Avenue Branch, Harare, for Internet transaction banking, which arrangements enabled them to move funds electronically from the Zimbabwean bank accounts with Stanbic Bank Limited Samora Machel Avenue Branch, to foreign bank accounts without anyone’s knowledge with the exception of the bank,” the airline’s former chief executive, Chakanyuka Karase told Newsday recently.

In the past, other airlines like Zex and Fly Kumba have operated in the country only to fold after a few months.

Some passengers, who have used FastJet airline said they were happy because they only paid $38 for a flight from Harare to the resort town of Victoria Falls compared to Air Zimbabwe’s $100 to $170.

Studio 7 reached economic commentator, Masimba Kuchera, who said the economic impact of the new airlines is likely to be felt after some time.

“Well, I think it’s a good thing for the economy but it will not yield immediate results. It will yield after a couple of years if it is allowed to continue,” he said. 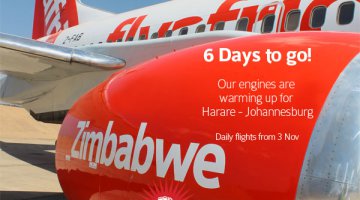