fastjet, buoyed by a 56% rise in booked flights during the half-year period to the end of June, is trialing flights in Zimbabwe and expects to launch flights from Harare to Victoria Falls in the next month.

The budget airline, which is focused on the African aviation scene, already flies from Tanzania to various destinations inside the East African country as well as to other countries such as Malawi. It is nearing final licensing in Zimbabwe and Zambia and has reduced losses by 26%.

“The plane is already here at Harare International Airport and fastjet will carry out trial flights with the Civil Aviation Authority of Zimbabwe to Victoria Falls and Bulawayo.

“We expect flights to start in the next month and for now these will be domestic flights because we first have to do local flights to satisfy and justify our capability before we move on to do international flights,” said a source with knowledge of the developments.

fastjet CEO Ed Winter said on Monday his company anticipates having three bases – Tanzania, Zambia and Zimbabwe – “fully operational by the end of the year”. It now has six aircraft, including two on standby for the Harare and Zambia operations.

“Whilst we have seen these very significant improvements, African currencies have lost considerable value against the US dollar, which combined with a worldwide reduction in commodity prices, has caused an economic downturn in both Tanzania and Zambia. In addition, the start of operations in Zambia and Zimbabwe has been delayed into Q4. Accordingly the Board has downgraded its forecast for full year 2015 but is confident of meeting its expectations for 2016,“ Winter said.

fastjet is hoping to capitalise on potential growth of first-time flyers in Africa through its strategy of lowering fares and raising competition against bus operators.

Most African countries are also looking to open up their skies to allow new private investors as state airlines across the continent continue to lose money, a situation blamed on poor efficiencies, bloated work forces and government bureaucracy. 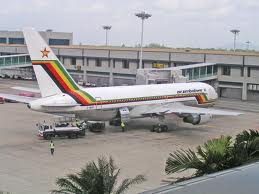