THE completion of the multi-million dollar Victoria Falls International Airport expansion project initially set for the end of this month has been extended to 31 December, the Civil Aviation Authority of Zimbabwe has confirmed. CAAZ, which initiated the $150m expansion project, had stated that the new-look airport in the resort town would be ready for commissioning in September.

The project included construction of a four kilometre runway, expansion of the existing runway, construction of a new terminal building, and road network and car park. A new fire station and control tower are also being built at the airport.

In response to questions, CAAZ Head Customer Services Dr Nanette Silukhuni revealed that the completion of the project was now scheduled for the end of the year although no reasons were given for the extension.

“The new runway is 95 percent complete while the new terminal building is 86,5 percent complete. The completion of the whole project is now scheduled for 31 December 2015,” said Dr Silukhuni.

The new update by Dr Silukhuni showed that some progress was being made at the airport as in a July status update report meant to give a general direction of the expansion project , CAAZ had revealed that the terminal building was 81 percent complete while the new runway was 89 percent complete.

Although it could not be ascertained at what stage the new state of the art control tower, which was 82 percent complete in July is at now Dr Silukhuni said test flights were scheduled to start at the end of October while the new runway would start operating at the same time.

“Works on the current runway will be completed by 31 December 2015,” she said.

In July, the fire station and sewer system were 22 and 75 percent complete respectively while for the sewer system, the contractor had laid all of the 160mm UPVC pipes at the staff houses and all the 2 486m total of the 300mm AC main pipe.

The sewer pump stations were said to be 75 percent complete while the contractor had completed tests for the new water tank.

On the parking and internal roads, excavations were 50 percent complete.

The airport expansion is being constructed by China Jiangsu International Group.

The new terminal building will be able to accommodate 1,2 million passengers per year, three times more than its existing capacity of 400 000.

Tour operators revealed that they were looking forward to the completion of the airport as they believed that the new airport would enable more tourists to fly directly into the country. 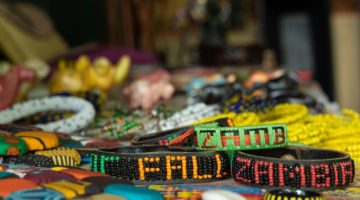