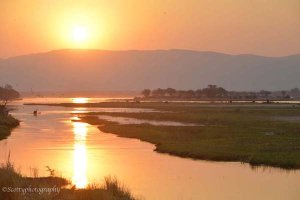 Zimbabwe’s National Parks and Wildlife Authority has, with immediate effect, reinstated the privilege of walking “unguided” in Mana Pools National Park    under the following conditions:-
“All walking activities will require permits as follows:-
a.       $10 per day for Zimbabweans
b.      $15 per day for foreigners;
The option of hiring a ranger still remains at the gazetted price;
All persons found walking without a permit will be fined $100;
Kindly note that this is with immediate effect.  This position will be reviewed at the end of the year in line with all other conditions.”

The new requirements were revealed in a statement issued by conservation organisation, The Zambezi Society  who conducted a public survey on the issue after the Authority had announced a ban on “unguided” walking in May this year.  The Society took the results of the survey and made urgent representations to ZimParks on behalf of its constituency.
There were 121 responses to the survey – a highly representative sample of visitors to Mana Pools
Of this sample, 55% were from Zimbabwe and 45% were foreign visitors
15% said unguided walking is bad
78% said unguided walking is good
52% said they would stop coming to Mana Pools, or would come less frequently as a result of the ban on unguided walking.
The survey results showed an overwhelming call for the ban to be revisited, and a strong acceptance that an enforceable Code of Conduct be put in place.

Prior to the ban, the Zambezi Society had worked with its constituency members as well as the Lower Zambezi Tour Operators Association (LZTOA) and the ZimParks Authority at Mana Pools station level to develop and agree on two Codes of Conduct – one for Mana Pools National Park and one for Chitake Spring.

The ZimParks Authority has agreed to these Codes of Conduct being implemented. It is putting in place strong measures to ensure that fines are strictly enforced for offenders and non-permit-holders.

In the meantime, The Zambezi Society is reviewing the draft Codes of Conduct and will shortly make them available to the public.

Says the statement :”The Zambezi Society wishes to thank the ZimParks Authority for taking its representations seriously.  We urge visitors to Mana Pools to recognise the privilege that has been returned to them and to respect the guidelines provided by the agreed Codes of Conduct.  While making a daily payment for the privilege of “unguided” walking adds an additional financial burden to visitors, it is nonetheless arguable that this requirement should have been in place long ago, and might have served to prevent the unacceptable behaviour of a small minority of visitors in recent years.” 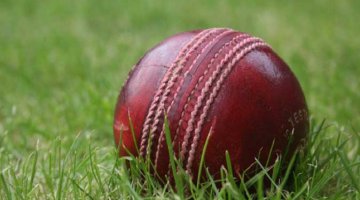