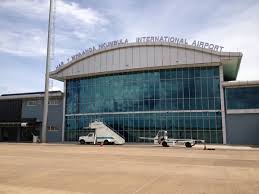 Zambia Airports Corporation Limited (ZACL) has secured a US$5 million (about K37million), loan from Zanaco for the completion of the new terminal building at Harry Mwaanga Nkumbula International Airport.
ZACL managing director Robinson Misitala confirmed this during a tour of the airport on Thursday to check on pending works with the purpose of agreeing on a work schedule with the contractor.
Mr Misitala said ZACL was happy that the funds have been sourced because they are eager to complete the project and commission the new terminal building this September.
He said the major outstanding works include the installation of elevators, electrical reticulation, installation of the information communication technology (ICT) systems and builders’ works.
Mr Misitala said the new terminal will have a banking hall, upper floor VIP and business lounges, upper floor restaurant and viewing terrace. Other features will include a holding lounge, elevators, curtain walling, duty free and retail shops as well as a water feature outside the front of the building, symbolising the Victoria Falls.
The rest of the amenities will include  electronic advertising spaces, flight information displays, CCTV and access control, modern central air-conditioning equipment, fire alarm system,  security agency offices, smoking lounges, four entry gates and two exit gates.
“We are pleased that we are providing airport facilities that are state-of-the-art because this will increase the number of airlines that will be flying to Livingstone. This will increase tourism activities and ultimately generate revenue for the country,” he said
Mr Misitala said Zanaco had also financed the initial phase of the project at a cost of US$7.5 million.
And contractor Peter Kapala said the project was delayed by lack of funds.
“The major problem has been resolved now because the client has enough money for the completion of works.  And I will ensure that works are completed within the given time-frame,” he said
The old building at the Harry Mwaanga Nkumbula International Airport which was built in 1952 will now be used for VIP and domestic services. The building will, however, undergo refurbishment under phase 3 of the project.
The terminal building was partially opened for passenger facilitation on August 15,  2013 during the United Nations World Tourism Organisation General Assembly that was held in Livingstone. 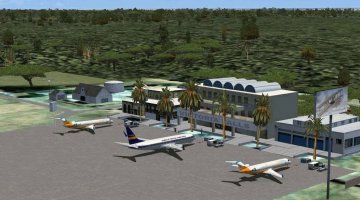