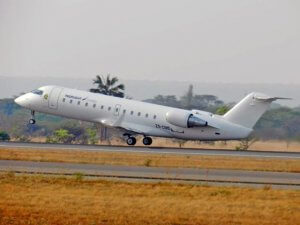 Proflight Zambia is the fastest growing local airline in the Southern African region according to latest aviation industry research.
The airline’s capacity has almost doubled in the last five years, says leading global aviation analysis company OAG Aviation, which has reported that the airline recorded a growth in capacity of 89.8 per cent by capacity from 2010 to 2014 within and from the Southern Africa region.
Proflight was ranked third, after Ethiopian Airlines and Turkish Airlines, with Emirates in fourth place, followed by Mango and KLM.
Proflight Zambia was established in 1991 and is Zambia’s leading scheduled airline. From its base in Lusaka its domestic routes include, Livingstone, Mfuwe, Lower Zambezi, Ndola, Solwezi and Kasama, and regional routes to Lilongwe in Malawi, and Lubumbashi. It adds Kafue National Park and Kitwe to its routes from July 1, 2015.
The airline’s vision started 24 years ago with one eight-seater Piper Chieftain aeroplane, but also with extensive knowledge of the aviation and tourism industries that enabled them to grow slowly and steadily into a respected domestic – and now regional – scheduled airline.-
Today Proflight Zambia operates a 50-seater Bombardier CRJ-100 jet, three 29-seater Jetstream 41 aircraft; four 18-seater Jetstream 32; and two 12-seater Cessna Caravan C208 aircraft.
The airline prides itself in providing a safe, reliable, efficient and friendly service, and offering good value to business and leisure travellers locally and internationally.
According to the Routesonline industry analysis website, looking at capacity data in the region across a five-year period the increasing role of hub airlines from outside of the area serving the Southern African market is clear. The OAG analysis shows that three of the top five, and six of the top ten fastest growing airlines by departure capacity within and from southern Africa are based outside of the region.
East African carrier Ethiopian Airlines has grown capacity by the biggest margin with capacity up 184.2 per cent from 2010. Notable growth during this timescale was also recorded by Turkish Airlines (up 90.3 per cent) as its continued network growth has seen strong development in this part of Africa. Other carriers from outside the region that have grown in southern Africa between 2010 and 2014 include Emirates Airline (up 80.2 per cent), KLM (up 38.9 per cent), Qatar Airways (up 37.0 per cent) and Kenya Airways (up 24.5 per cent), said OAG.
Zambia’s Proflight was the fastest growing local carrier within and from Southern Africa by capacity between 2010 and 2014 (up 89.8 per cent), while Malawian Airlines arrived in the market and has already established itself as 13th largest operator in the region by capacity with a 1.0 per cent share of departure seats.
Only three airlines among the top 20 operators within and from southern Africa reported capacity declines between 2010 and 2014 and these were very modest falls. These comprised Air Botswana (down 2.4 per cent), TAAG Angola Airlines (down 1.9 per cent) and Air Zimbabwe (down 1.3 per cent).

Next post Flyafrica adds Lusaka and Lubumbashi to routes 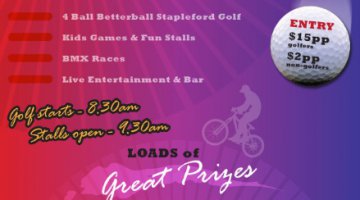