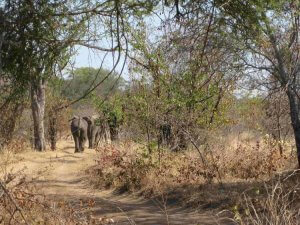 The Government of Mozambique, one of the 20 countries participating in the Paul G. Allen Great Elephant Census (GEC), the first pan-African elephant census in 40 years, has released preliminary data from their national census. This preliminary data suggests alarming news; elephant populations appear to have plummeted in many traditional habitats including Niassa Reserve, Limpopo National Park, Quirimbas National Park, Tchuma Tchato and The Tete area. It appears from this preliminary data that in five years there has been a 48% decline in Mozambique due to severe poaching, with formerly elephant-rich ecosystems such as the Niassa Reserve experiencing losses of 63% in three years.
Mozambique’s country-level surveys were conducted by the Wildlife Conservation Society (WCS) as part of the Great Elephant Census. The reports are currently undergoing their final validation process, a crucial step in allowing for transparency, oversight and accuracy. This rigorous validation process is conducted by a member of the GEC’s Technical Advisory Team, independent from the surveyors and governments, who reviews the technical execution of the surveys against GEC plans.

This validation process is the third step in GEC’s four part process: 1) conduct aerial surveys; 2) deliver country-level data and reports; 3) conduct a technical and scientific validation of country-level data and results; and 4) create a Pan-African Census Report. The survey team from WCS Mozambique have been an integral partner in gathering this data, and their surveys, with the support and approval from the government of Mozambique, shed light on the severity of poaching in a country that was once home to more than 20,000 elephants.
Once the technical advisor signs off on the validation of these results, Mozambique’s survey report will be one of the first validated data sets to be included in the final product: a continent-wide survey report of the remaining savanna elephants in Africa. This report will help inform NGOs and governments as they develop and implement their elephant conservation management plans.

Preliminary numbers are provided by the survey teams directly to the governments who participated in the survey to give them insight into the immediate opportunities indicated from the data. Tanzania will be sharing their preliminary results on June 1; a GEC technical advisor is currently in the validation process for Tanzania’s preliminary data.

One of the key outcomes the Great Elephant Census hopes to achieve is improved trans-boundary conservation plans between neighboring countries, because elephants, like poachers, know no borders.

Next post Proflight named fastest growing airline in the region 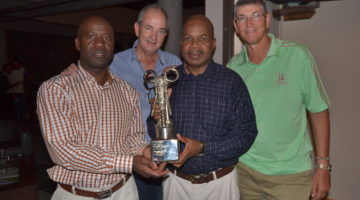