This announcement has received mixed response mainly negative, from both within Zambia and from the international community. It seems that the benefits from hunting understood only amongst those that are directly involved in hunting or those people who take the time to study the positive effects of controlled trophy hunting in peripheral wildlife areas ( in this case GMAs ) To these people the hunting is positive because it ensures the viability of these “non-photographic” areas and thus protecting the boundaries of national parks from exposure to direct human animal conflicts as well as subsistence and commercial poaching. It seems these positive sentiments towards trophy hunting are overshadowed by the negative feelings towards the killing of these wild animals by sport hunters.

The effects of global opinions via viral, on line communication and in particular “social media” specifically on contentious issues such as this are quickly changing the perception based landscape. It is now clear that decision making on issues such as this without more open discussion and sharing of back ground information such as statistics of populations and benefits from the hunting that help to explain such decisions will result in very negative sentiments building on social platforms.

Next post Malawi Growing as a Self Drive Destination 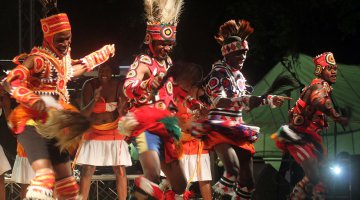