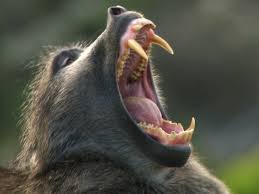 An agitated troop of baboons blocked Zesa electricians from accessing a substation to restore electricity in Victoria Falls after one of the wild animals was injured by an electric shock.

There was a three-hour power blackout in the resort town on Saturday morning after a baboon touched a live wire at a substation along Pioneer Road in the industrial area.

The apparently infuriated baboons charged at people temporarily blocking the road as they guarded their comrade who lay motionless on the ground, witnesses said.

Power was only restored mid-morning after the intervention of Parks and Wildlife Management Authority of Zimbabwe rangers who drove the angry baboons away.

It could not be established what happened to the injured baboon which spent the morning lying motionless under an electric pole.

“There was chaos in the morning as baboons charged at anyone who dared pass by. They were playing on electric poles at the power station and one of them got an electric shock and fell to the ground where it lay motionless.

“The other baboons tried to carry it away and people gathered to see what was happening not knowing they had stirred a hornet’s nest,” said Bernard Ndlovu, a security guard at a nearby shop who witnessed the incident.

Witnesses said the troop of baboons gathered and charged at Zesa electricians who had come to fix the lines to restore power.

“Women were the worst affected because the baboons would charge at any female even from a distance. There was one big male baboon which would directly charge at people and it looked very dangerous. People watched from a distance as the baboons charged menacingly in every direction. Zesa electricians arrived after about an hour but couldn’t access the substation as the baboons had barricaded the area. They left in haste and came back after some rangers had driven the baboons away,” said an ice cream vendor identified as Mudimba.

When a Chronicle news crew arrived at the substation at about 11AM, electricians were busy working on the power line.

They confirmed they only managed to start work after the intervention of rangers.

“The baboons were playing on the power line and one of them was shocked by a live wire. There was chaos here as no one could come closer but rangers drove them away,” said an electrician who could not reveal his name.

The incident nearly dampened a Postal and Telecommunication Regulatory Authority of Zimbabwe (Potraz) event at the nearby Chinotimba Stadium as there was no power to provide entertainment for the gathered people.

Zesa spokesperson Fullard Gwasira and his counterpart at Parks and Wildlife Caroline Washaya Moyo couldn’t be reached for comment yesterday. 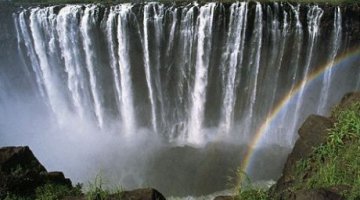