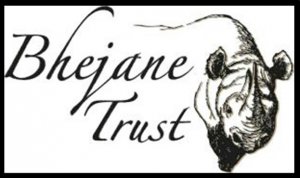 A second National Parks/stakeholders meeting was held in the Falls (thanks to Victoria Falls Safari Lodge for the venue). The meeting was chaired by Area Manager Ngosi, with John Sithole ( Zambezi Camp) and Precious Mhaka from Bulawayo representing the Regional Manager, plus a good cross section of stakeholders. AM Ngosi had done his homework from the last meeting, and addressed a lot of the issues previously raised (the normal stumbling block however was anything that was referred to Head Office!). The meeting was held in a very open atmosphere, with stakeholders impressed by the forthright attitude of the AM and his staff in trying to assist wherever within their powers.
With the lull in the rains, I went back in and repaired the road in the Chamabonda – we had done a lot of work last year, and the heavy rains in December served to compact and consolidate what we had laid down, so we now went and repaired all the damaged places – you can now cruise the full 26km length of the vlei! Mike Karasellos has sent in his tractor to mow the road and verges.
The pans are looking very good – nice and full to start the dry season. The advantage of the solar units is that they work all year round, so have kept the pans topped up. The only maintenance is to clean the panels regularly (at least once a month), as I find they get coated with dust very quickly in the drier part of the year, and this affects their efficiency. Cleaning is easy – one guy has a knapsack sprayer and the other a mop on an extended pole. I have found that it is best to have the panels not more then two meters off the ground, and I put a trench around for the elephants, and razor wire to keep the baboons off. The panels are enclosed in a frame with welded ends to stop theft.
The dry conditions being experienced has brought all the elephant back from the extended pan system in the Panda Matenga region of Botswana – they normally disappear there at the onset of the rains and only come back in later April/May, so obviously water is already short out in the bush. We are gradually getting a better picture of the seasonal game movements in the Zambezi National Park, with the animals at this time of year preferring the drier eastern end of the Chamabonda, rather then the western thick grass vlei section, and there is a lot of movement between the Kalahari forest cap and the Zambezi River frontage. The first sable calves were seen out this month. 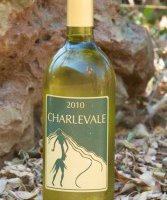 Why Yes, I Will Have Some Zimbabwean Wine With My Botswana Safari !