Zambia to Develop its MICE tourism 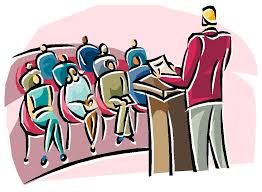 The Meetings, Incentives, Conferences and Exhibitions (MICE) industry is one of the fastest growing segments of the tourism base.

It is also characterised by the highest spending business travellers, six times more than the leisure tourists.

On the other hand, Incentives Travel is an important component of MICE industry where a company or an institution offers a form of reward for its employees to travel.

Further, exhibitions and trade fairs are a growing and profitable part of the MICE industry that brings buyers and sellers to transact in billions of dollars in some countries.

Globally, the MICE segment carters for about 400,000 events annually across the globe with a total of about US$280 billion out of which about 14,000 are meetings, conferences, conventions and congresses involving professional associations, corporate bodies, religious groups and inter-governmental bodies.

However, the MICE Industry is still relatively new and underdeveloped in Zambia although efforts are currently underway to develop the sector.

Most tourism enterprises are now investing in conference rooms to capture this business segment which assures high room occupancy rates and increased consumption of food and beverages among others.

However, the Zambian MICE industry is an emerging segment of the tourism sector that still has a lot of room for improvement in terms of cost and developing infrastructure.

The country also need to improve on the quality and range of services offered as well as develop a base of internationally renowned professional conference organisers that ensure successful management of Meetings, Incentives, Conferences and Congresses.

Recently, the Zambia Tourism Board (ZTB) in collaboration with the Regional Tourism Organisation of Southern Africa (RETOSA) organised the first ever workshop on the MICE industry at Protea Hotel in Livingstone.

The workshop attracted representatives from both the public and private sectors of Zambia as well as some MICE experts from Belgium and South Africa.

Officiating at the workshop, Secretary to the Cabinet Roland Msiska said Zambia faced a challenge of developing facilities that could enable the country to attract and host major international conferences which would carter for up to 20, 000 delegates in a single sitting.

Dr Msiska said the country needed to build conference facilities with larger capacities in key cities like Livingstone, Lusaka and Ndola to be able to attract and host large national, regional and international conferences, meetings, conventions and congresses.

He said this at Protea Hotel in Livingstone in a speech read for him by Deputy Secretary to Cabinet Peter Kasanda during the official opening of the MICE workshop.

“You are aware of the challenge we were faced with in August 2013 when we co-hosted the United Nations World Tourism Organisation (UNWTO) General Assembly in Livingstone City of Zambia and Victoria Falls town in Zimbabwe.

“In both countries, we had to put up temporal conference facilities because the existing facilities were inadequate and unable to carter for the large number of delegates,” Dr Msiska said.

He said the co-hosting of the UNWTO General Assembly gave the two countries the realities of limited facilities on the ground and strengthened regional cooperation in the MICE industry as delegates traveled visa free between Livingstone City and Victoria Falls town.

Dr Msiska noted that both Zambia and Zimbabwe had to hire expatriate professional conference organisers to manage the 20th session of the UNWTO General Conference because local capacities were lacking.
“As Zambia strives to attract regional and international conferences, we need to match that aspiration with strategic initiatives to build more quality and affordable accommodation, as well as meetings and conferences that will enable us meet the needs and expectations of conference organisers and conference participants.

“We also need to train professional conference organisers who will use the training to develop lines of business in this area and thereby contribute to generation of the much needed employment,” he said.

Dr Msiska also called for the designing of a bankable project for the development of a Family Theme Park around Livingstone to attract more business tourists to the tourist capital.

He said there was need to urgently develop a Family Theme Park in Livingstone since some delegates travel to business events with families.

He urged the Livingstone City Council (LCC), Livingstone Tourism Association (LTA), Southern Tourism and Agricultural Commercial Show Society (STACSS), ZTB and the Ministry of Tourism and Arts to work even under a Public Private Partnership (PPP) to develop the Park.

“Once a Family Theme Park is developed, both domestic and international tourists will stay longer in Livingstone and spend more money.

“For a city that is experiencing commercial haemorrhage after the transfer of the provincial administration to Choma, I would like to believe a project of this nature should be pursued with urgency,” he said.

Dr Msiska has since suggested that a working group should be drawn with representation from all the stated stakeholders to come up with a roadmap for the development of the project as a matter of urgency.

He said the Ministry of Tourism and Arts should take a lead in setting up the proposed working group.

“Livingstone has to invest rapidly in this infrastructure and meetings destination of choice, as the city is well positioned to be a major host f national, regional and international meetings, conferences, conventions and congresses.

“Equally important are courtesy and basic foreign languages training for ushers and taxi drivers,” he said.

Dr Msiska also urged stakeholder in the tourism and hospitality in Zambia to train professionals capable of establishing specialised Inventive Travel houses or agencies that would lay the nucleus of an Incentive Industry in Zambia.

On trade fairs ad exhibitions, Dr Msiska said there was need to make such events more appealing to buyers and sellers so that they use them to transact mutually beneficial businesses as the case was in other countries.

He said the MICE Industry could be best addressed and met by formulating a national MICE strategy that should guide the development and regulation of the industry in the next five years.

“I would like to call upon the Ministry of Tourism and Arts to use the outcome of this workshop to come up with terms of reference for a consultancy to formulate a detailed national MICE strategy for the period 2016 to 2021.

“With such a tool, the Government will be better placed to consider regulations and incentives that could be instituted to attract huge and rapid private sector investment in the MICE industry of Zambia,” he said.

Dr Msiska also called for the establishment of the Convention Bureau which would market Zambia as a MICE destination and prepare bids for the country to host major regional an international conferences and meetings.

Mr Ooms, who was the facilitator for the MICE workshop, said the conference was an eye opener and an appetizer for Zambia.

“My intention was to give an insight on MICE as it is not well known in Zambia and Africa at large.

“The only way to succeed in becoming a successful MICE industry in Zambia is that the public and private sectors should work together.

Let the two have one common goal or objective of putting Zambia on the international MICE market,” Mr Ooms said.

He said it was extremely important for Zambia to plan for the MICE industry and make a follow up to deliberations of the workshop.

“I have been doing a lot of training in Africa. During the training, there is enthusiasm but follow up is lacking.

“The most urgent things to do in Zambia for the MICE industry is to do a MICE scanning in terms of the pertaining environment and assess what exists on infrastructure and actual businesses.

“Secondly, Zambia must build up a strategy or a plan which will go further for five years and not just for one year,” he said.

Mr Ooms also said it was necessary for Zambia to have a small and efficient organisation known as a convention Bureau to manage the MICE industry.

RETOSA marketing and communications director Kwakye Donkor said his organisation had a responsibility is to work with member states to grow tourism arrivals and ultimately grow the Gross Domestic Product (GDP) of member countries.

Mr Donkor said the MICE industry was one of the biggest contributors of GDP in many countries.

“In South Africa, Cape Town has its Convention Bureau and so far it has boosted the revenues for that country by attracting global meetings and conferences.

“Zambia can also attract many events if you have a Convention Bureau in place,” Mr Donkor said.

He also urged the media to support the MICE industry as opposed to focusing on the negative aspect of the initiative.

Bank of Zambia (BOZ) Board Secretary Penelope Mapoma said she found the MICE workshop to be very insightful.

Ms Mapoma, who is also Times Printpak Zambia Board Member, said BOZ was very central to the economy of Zambia as it bought a lot of conferences to Zambia.

“The business tourism opportunities are immense in this type of conference and I was happy to hear of how Small and Medium Entreprises (SMEs) could be involved in the MICE industry.

“We need to start working on the MICE strategy. I hope the Ministry of Tourism and ZTB will set a working team so that we engage all stakeholders,” she said.

Ms Mapoma said the role of the media in the successful implementation of the MICE industry was very important.

“The media is the mouth piece and they should get involved and disseminate factual information on the MICE industry and get the communities get involved.

“We should all come up with a vision and make Zambia a preferred MICE destination in Southern Africa,” Ms Mapoma said.

ZTB managing director Felix Chaila said his Board was working in collaboration with Ministry of Tourism and Arts as the objectives of MICE Industry went beyond the tourism marketing body.

Mr Chaila said the MICE sector involved infrastructure development and that was why Cabinet office was involved through Dr Msiska as Guest of Honour at the workshop.

He said there was need for every statutory body to seek ways of attracting at least two major international conferences to Zambia.

“As we learn on the subject matter, we need to start benchmarking with renowned entities in the region.

In Zambia, we hold conferences almost every day but the whole world is competing to bring international conferences like the UNWTO to their destinations,” he said.

It is only hoped that Zambia will develop the MICE industry and attract more international conferences which would in turn boost the country’s earnings. 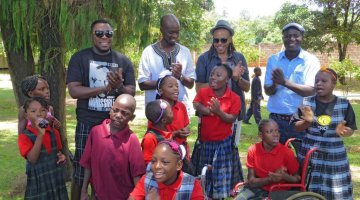