Zimbabwean qualifies for Young Chef of the World 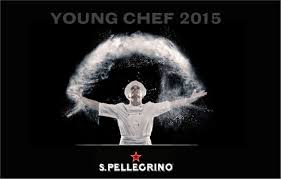 Tadiwa Tracey Tendayi Takes on the INTERNATIONAL YOUNG CHEF OF THE WORLD 2015
Between the 25th January and 1st February Zimbabwe T.T.T. will demonstrate her culinary Skills against five continents in all 40 contestants from countries worldwide in Kolkota, India.
Tadiwa represents Zimbabwe after winning the preliminaries against her classmates in two very good heats. Independent judges felt the standard was very good with Tadiwa just edging Kimberly Semmons and Tinotenda Mutamba into the winning position with only a couple of marks separating the final three.
After arriving on the 25th January the teams will prepare on the 28th January a three course meal for the knock outs stages with six countries chosen for the grand finale
If Tadiwa makes the Final on the 30th January she will be in with a great chance of scooping the ten thousand dollar first prize.     Her preparation is good and thorough and she possesses a lot of confidence.
The initiative is been sponsored by the Ministry of Tourism in India ( Incredible India) and features West Bengal on the east side of the country with a population of some nine million.
On Saturday 31st January the countries will present their national dishes at an International Food Fair which is open to the public and again the Zimbabwe flag will be flying high.
Africa’s other representatives are Benin, Kenya and Algeria at the time of going to press.
We are asking for support in cash or kind to send the team of four to India. Some seven thousand is needed to avail of this great opportunity for Zimbabwe and the School.
Every dollar you can spare will help.    I Thank you.
Mike Farrell. Director.     S.A.H.T.C.   The Hospitality School. Harare.
International Hospitality Business School Harare sahtc_zim@hotmail.com
60 Colquhoun Street Cnr Fife Avenue
sahtc_zim@hotmail.com
www.sahtc.com

Tags: culinary arts in zimbabweyoung chef of the world 2015zimbabwe in chef contest