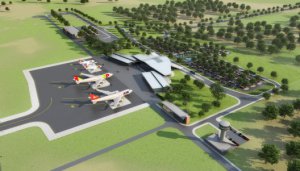 Fantastic news for The Mozambique Collection’s member, Nuarro Lodge is the newly inaugurated (on the 13th December 2014)  Nacala International Airport, which is now officially open for domestic flights.

Construction on the site began in September 2011, and is all but complete. The airport is said to have 16 check-in desks, two departure lounges for domestic and international flights and should be able to cope with close on 500,000 passengers and an estimated 4,600 tons of cargo per year.

LAM (Mozambique Airlines) began operating three flights a week between Maputo and Nacala at the end of last year, but has since increased this to 5 times a week. Currently, the flights are on a Monday, Wednesday, Thursday, Friday and Saturday, and the times are a 06h30 departure from Maputo for a 08h45 arrival in Nacala, or a 09h15 departure from Nacala will reach Maputo at 11h30.

For Nuarro lodge, this means that the road transfer will take less than half of the four hour trip from Nampula. “We are hoping that the shorter transfer will enable more guests to be able to enjoy the world-class diving at Nuarro Lodge”, says Trienke Lodewijk, owner of Nuarro Lodge

Previous post Zimbabwean qualifies for Young Chef of the World