No Tourist VAT for Zimbabwe

VAT will not be introduced on foreign tourists visiting Zimbabwe

It seems from recent reports received from operators and more importantly the fact that that this critical issue was left completely out of the Finance Minister’s budget announcement that the proposed imposition of VAT on foreign tourist invoices will not take place.

Zimbabwe is suffering the effects of EBOLA and its negative perception on the whole of Africa. Indeed many states in Africa, that are literally further from the countries that are suffering EBOLA outbreaks than some parts of Europe have seen a drop off in forward bookings for 2015.

This erroneous and negative perception has created a reduction in demand for tourism to parts of Africa and if something such as the mooted VAT in Zimbabwe had come into place in 2015 it could have pushed some of the tourism operations to the edge of viability.

It almost certainly would stop any growth that the country is expecting in tourism arrivals and may even result in a decline in both revenue and arrivals.

Zimbabwe has enjoyed strong growth in its Tourism Industry recently and this has begun to spread further afield than just Victoria Falls. Positive moves by the Government through investment and positive policies have assisted this growth and the private sector has begun to invest in large projects. 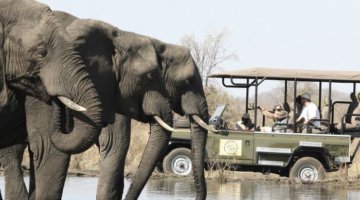