On behalf of the National Anglers Union of Zimbabwe, we would like to take this opportunity to invite you to participate in an All Species “70” Celebrations event to take place at Charara from on 7-9 December 2014.

It will be an “All Species“, two man/lady/mixed team event with no pre-baiting allowed. Worms, Platties, live bait, chicken hearts/Livers 500g per day per team will be allowed. The lake will be closed two weeks prior to the event.

There will be no entry fee as such, but we ask each team to bring two identical prizes with a minimum value of $10 per prize. This will ensure that every team will receive a prize. Team registrations will take place at Charara Long Bar on the 6 December between 5 and 6 pm followed by a welcoming dinner.

For catering purposes the first 30 teams entered will receive Caps and Shirts, and all entries in before the 30 November will receive free dinners provided by the National Anglers Union for the duration of the event (4 dinners).

Boundaries will be the top of Zebra Point to the Gorge including the two bay’s before the National Parks office. A small map will be given to you at registration indicating the boundaries. Each team may catch up to 10 of each species for the tournament, scoring factors will be emailed to you once we receive your entry.

Should you accept this invite please email any of the committee members below to get an entry form.

We look forward to many tight lines and a good competition. 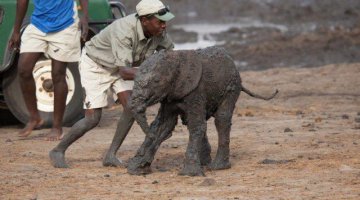 The Last Elephant Rescue Before The Rains – Heart Warming!