AFRICA Albida Tourism chief executive Ross Kennedy has vowed to continue to do everything possible to develop tourism in Zimbabwe, after receiving the industry’s highest  accolade in recognition of his work.
Mr Kennedy was, on October 31,  awarded the Hospitality Association of Zimbabwe’s Hospitality Award, presented each year to a person who has given unstinting service to the industry and its people over a long period of time.
“My commitment to Zimbabwe, to tourism and to the Africa Albida Tourism (AAT) team remains burning strongly, knowing there is still much to be done and much to achieve,” Mr Kennedy said.
“Zimbabwe has an opportunity to elevate our standing on the world tourism stage, with the impending opening of the new Victoria Falls International Airport, in mid 2015, with its runway to be completed next month.
“We at AAT, and I personally, will do all possible to enhance such status and grow arrivals, new markets and new initiatives to develop tourism,” he said.
“As a destination and nation, we have so much to offer tourists, and indeed investors, and I look forward to playing a role with AAT to ensure tourism very soon clearly becomes recognised as one the key pillars of our economy.”
Mr Kennedy said: “It really is an honour to receive recognition from one’s peers, and certainly humbling.
“Having such an amazing, professional, energetic and innovative team around me, makes life a lot easier, and of course this is really a shared award for combined efforts over many years.
“I am extremely and sincerely proud to head up such a business, and team of colleagues,” Mr Kennedy said.
Hospitality Association of Zimbabwe (HAZ)  president Tamuka Macheka said  Mr Kennedy was honoured because of  his longstanding and ongoing international efforts to promote, not only his own business operation, but also travel and tourism to Zimbabwe in general.
“The accolade also recognised Mr Kennedy’s championing of excellence in the workplace during his more than three decades in the hospitality industry,” Mr Macheka said.

The industry’s most prestigious award was given to a person who had worked tirelessly, sometimes in the background, over a long period, serving the industry and its people as a whole, he said.
Other award winners were Holiday Inn Harare general manager Clive Chinwada, who received the  Creewel Plate, recognising a hospitality industry operator who has achieved excellence in his own operation and whose professional example should be followed.
The David  Geddes Award, presented each year to a young industry professional who has made a mark and set an example for others in his own business operation, went to Crowne Plaza Monomotapa deputy general manager Ray Mavumashava.
Steven Margolis, of the Steven Margolis Resort, won the  Eric Chademana Award, presented to a small to medium entrepreneur, while the one-off Special Effort Award went to HAZ Executive Committee member John Chidzomba for his unwavering effort to support.
The   Charles Bvunzwabaya Award, presented to a female hospitality operator who has made significant progress and is an example to other women of excellence and achievement in hospitality and tourism was won by Cresta Sprayview general manager Patience Musonza.
The  Tamuka Macheka Award for Culinary and Food and Beverage Development went to Philip James, maître d’hotel of The Livingstone Room, the flagship restaurant of the Victoria Falls Hotel, who has served the industry for 46 years.
HAZ President’s Special Award, given for effort and achievement in travel and tourism went to Air Zimbabwe, and acting CEO Edmund Makova, for its turnaround strategy that is starting to show results.

Next post Fastjet Zambia one step closer to launch 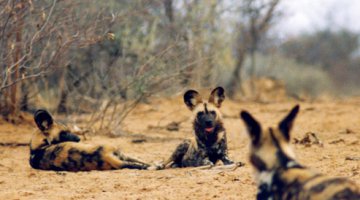